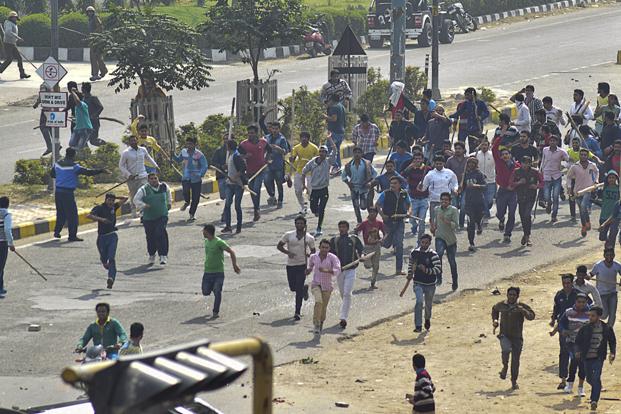 One the most popular eating destination for the people of Delhi is Murthul. But the destination became a nightmare for some women, as there are reports of them being harassed and even getting raped near Murthul.

Vehicles with women passengers were stopped and then they were gang raped. What is shameful is that family members of these women were advised by the officials not to report these incidents to safeguard their honour.

According to a popular newspaper, vehicles with women passengers were stopped at the NH1 during early morning hours of Monday, they were dragged to the fields and raped.

According to witnesses, some 30 –odd goons attacked the commuters travelling towards Delhi-NCR, set their vehicles ablaze and pulled out women, who could not flee, stripped them and raped them. The victims were left naked in the fields until the time the men who accompanied them could find them. Residents of Hassanpur and Kurad rushed to bring clothes and blankets for the victims.

“Three women were taken to Amrik Sukhdev Dhaba and untied with their families in the presence of senior police officers. They appeared lifeless. District officials, who arrived there, instead of investigating the matter, persuaded the families to take the women home. Many were provided transport,” an eye witness informed.

Goons also tried to target Sukhdev Dhaba and tried to start the eatery on fire, but could not as they were resisted by the villagers from Hassanpur and Kurad.

Meanwhile, in Gurgaon, a 26-year-old Delhi woman was allegedly gang-raped by three men in a car. The incident happened on Sunday when the woman was returning from a club in Sahara Mall at MG road.

The woman was abducted near Beverly Park -1 around 12.30am, when she was returning to Munirka in an auto, where she was offered lift which she accepted.

According to the victim, the car then took a turn from IFFCO Chowk towards Sushant Lok and towards Golf Course road, where she was raped at an isolated spot. There was also another woman in the car and the victim knew her.

She was later pushed out of the car at the same place where she was picked up.