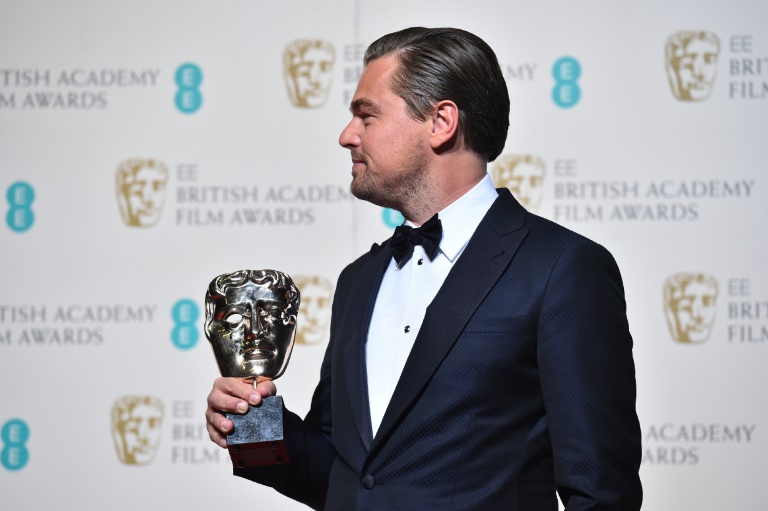 From biopics and historical epics to spy stories and harrowing tales of abduction and abuse, this year’s list of Oscar nominees features a bevy of films based on true stories.

Some stick faithfully to history, but many play fast and loose with the facts — and others are almost entirely fictionalized.

Here are 10 Oscar-nominated films which prove the maxim that real life can sometimes be stranger — or at least more entertaining — than fiction:

Famous as much for the brutal filming conditions and Leonardo DiCaprio’s liver-eating antics as its glittering array of pre-Oscar honors, “The Revenant” tells the story of real-life 19th century frontiersman Hugh Glass.

Left for dead after a bear attack and grieving his murdered son, he embarks on an epic quest for survival, fueled by a bloodthirsty desire for revenge.

The film is up for 12 Oscars, including best actor for DiCaprio, best picture and best director for Alejandro Gonzalez Inarritu.

Glass was left for dead by his companions in real life, but there’s no record that he had a son, and he seems to have been motivated by a desire to get his rifle back and demand an apology, rather than revenge.

Steven Spielberg’s espionage thriller is nominated for best picture and five other statuettes, including best supporting actor for Mark Rylance.

The Washington-based Smithsonian’s National Air and Space Museum wrote a blog post listing five myths propagated by the film, including that Powers was tortured.

“I didn’t expect a documentary, but as someone who is a stickler for historical accuracy and someone especially familiar with this story, the movie was a disappointment,” wrote Layne Karafantis, a museum curator.

Adam McKay’s “The Big Short” is based on Michael Lewis’s non-fiction 2010 book of the same name on the 2008 global financial meltdown.

Boasting an all-star cast including Christian Bale, Steve Carell, Ryan Gosling and Brad Pitt, it is nominated for five Oscars, including best picture and best director.

Described by The New York Times as a “true crime story and a madcap comedy, a heist movie and a scalding polemic,” the film tells the story of Michael Burry, a hedge fund manager who bet against the subprime mortgage market at the heart of the crisis.

“Room,” up for four Oscars including the best actress prize for Brie Larson and Jacob Tremblay, was adapted from Emma Donoghue’s novel of the same name, shortlisted for the Booker Prize.

The film tells the story of Joy “Ma” Newsome, a young woman and her escape after 10 years in captivity, as told through the eyes of her five-year-old son Jack.

While entirely fictional, the story was inspired by the case of Austria’s Josef Fritzl, who locked his daughter, Elisabeth, in a basement for 24 years, raped her repeatedly and fathered her seven children.

“Spotlight” depicts the painstaking investigation by The Boston Globe newspaper on how the Catholic Church hushed up the activities of nearly 90 pedophile priests in the northeastern US city in the early 2000s.

Nominated for six Oscars and a slew of other prizes, the film is based on a series of stories by the real Spotlight team, who earned the Globe the 2003 Pulitzer Prize for Public Service.

Journalists Walter Robinson and Mike Rezendes, part of the investigative team, told AFP last month the child abuse scandals plaguing the Catholic Church are only the tip of the iceberg.

“Trumbo” tells the story of screenwriter Dalton Trumbo, who in 1947 was blacklisted along with other artists for refusing to testify before Congress about alleged Communist propaganda in Hollywood films.

Bryan Cranston — of “Breaking Bad” fame — is up for an Oscar for his portrayal of Trumbo, but some critics have attacked the film for being historically misleading.

Godfrey Cheshire, of the “Roger Ebert’s Journal” website, described the biopic as “another of those simplistic, made-to-order films about the Hollywood blacklist in which the blacklisted movie folks are all innocent, in every conceivable way.”

Cheshire complained that the film incorrectly has the House Committee on Un-American Activities creating the blacklist when in reality it was drawn up and maintained by Hollywood studio chiefs after the committee’s hearings.

The biopic of Apple’s visionary boss, for which Kate Winslet has a best supporting actress nomination, has been hit by numerous claims of inaccuracy.

Pixar and Disney Animation Studios president Edwin Catmull told the Hollywood Reporter that Jobs would “be appalled” by the film, arguing that he was much kinder than the character portrayed by nominee Michael Fassbender.

“The Danish Girl” — up for four Oscars including best actor for last year’s winner Eddie Redmayne — was loosely inspired by the lives of 1920s painters Lili Elbe, one of the first known recipients of sex reassignment surgery, and her wife Gerda Wegener.

The film has been marketed as a “true story,” despite containing many of the deliberate historical inaccuracies of the 2000 novel of the same name on which it is based.

Some characters and scenes are entirely fictional, and the film distorts the timeline of many of the real-life events in the main characters’ lives.

Mangano is reported to have given director David O. Russell permission to take many liberties with the facts, including giving her a fictional half-sister and two children, rather than three, and making her ex-husband a Venezuelan singer.

After the biographical drama about Los Angeles-based gangsta rap pioneers NWA was released, MC Ren took to Twitter to complain that his significance in the group had been greatly diminished.

The film has also been accused of omitting a number of women who played significant parts in NWA’s success and criticized for whitewashing Dr Dre’s history of physically abusing women.

Dre issued a statement in response apologizing to “the women I’ve hurt. I deeply regret what I did and know that it has forever impacted all of our lives.”