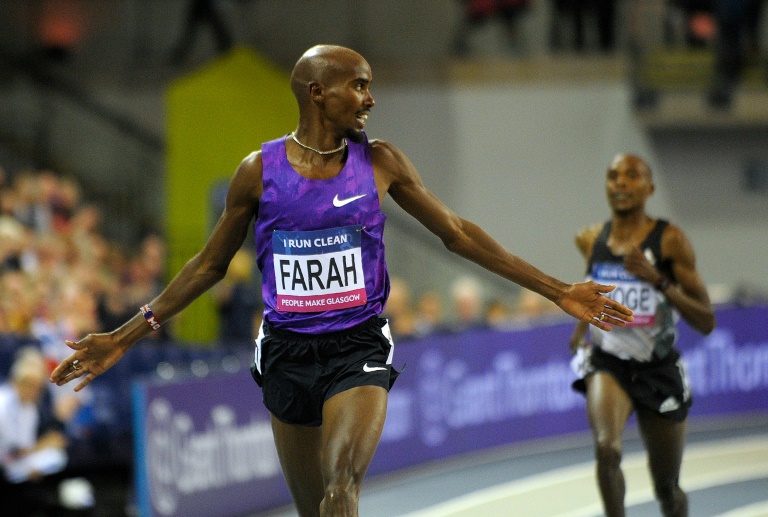 Mo Farah said he was determined to end his medal-laden track career with a flourish after continuing his Olympic preparations with victory in the 3,000 metres at the Glasgow Indoor Grand Prix on Saturday.

British distance-running great Farah, a five-time world champion, is set to defend his London 2012 Olympic 5,000 and 10,000 metres titles in Rio in August.

He has already signalled his intention to retire from track competition after next year’s World Championships in London in order to concentrate on marathon running instead.

But until then his focus remains firmly fixed on more track success.

“It would be nice to end on a high,” Farah told the BBC after a comfortable win in Glasgow.

“That’s one thing I’ve told myself as an athlete. Go out on the track while you are at the top.”

Farah cruised round in the early stages of the 3,000m in Glasgow before accelerating away from Kenya’s Augustine Choge and Ethiopia’s Dawit Wolde with just under a lap to go before finishing in a time of seven minutes 39.55 seconds.

“It’s good to win on home soil,” said Farah after being roared on by a sell-out crowd in Glasgow. “They love me here. It’s great support and that keeps me going every day. I love the Scottish people, they really get behind you.”

Farah, who turns 33 next month, added: “I got some great support from the crowd so it’s nice to be able to win.”

“That was the important thing today. Early on I was hoping to get close to the British record but the race slowed down a little and there were too many guys in there to really put your foot down.

“I’ve got a big year coming up with a lot of important races so it’s important I get the wins.”