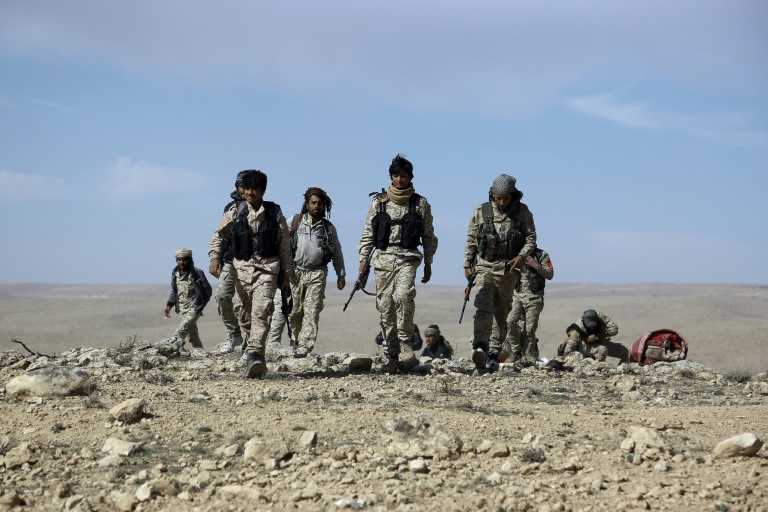 Russia pledged Saturday to continue backing Syrian government forces against “terrorism”, as a key opposition group said it would support a proposed truce only if regime supporters halted their fire.

World powers have been pushing for a so-called cessation of hostilities to pave the way for renewed negotiations to end Syria’s war, nearly five years after it began.

But the truce has proved elusive so far, failing to emerge by Friday as originally proposed, even as fighting has intensified on the ground and tensions have risen between Russia and opposition backer Turkey.

Russia said UN-led talks on the ceasefire scheduled for Saturday had been postponed to an unspecified later date, raising fresh concerns about whether the truce could be implemented.

Russian and US officials met on Friday to try to hammer out the details of the proposed ceasefire, but have yet to outline any concrete proposals.

The head of the key High Negotiations Committee (HNC) opposition umbrella group said in statement that it would agree to a temporary truce only if regime backers halted fire.

Riad Hijab said any ceasefire must be reached “with international mediation and with guarantees obliging Russia, Iran and their sectarian militias and mercenaries to stop fighting”.

The statement, issued after a meeting of the HNC, said the opposition “wants to respond positively to international efforts to stop the Syrian bloodbath”.

“But… there will not be a truce unless fighting stops simultaneously on the part of all the belligerents, sieges are lifted, humanitarian aid is delivered to those in need, and prisoners, particularly women and children, are released,” it said.

But on the ground, there has been little sign that the various parties to the increasingly complicated conflict are preparing to halt operations.

Moscow expressed “regret” that the resolution had been rejected, and said it was “concerned at the growing tension at the Syrian-Turkish border”.

Turkey has been firing artillery rounds into Syria’s northern Aleppo province for the last week, in a bid to stem the advances of a Kurdish-led coalition that has seized territory from rebels.

Ankara is a key backer of the Syrian opposition, and is fiercely opposed to both President Bashar al-Assad’s regime and the powerful Syrian Kurdish People’s Protection Units (YPG) militia.

It accuses the YPG of being the Syrian affiliate of the outlawed Kurdistan Workers’ Party, which has waged a decades-long insurgency against Ankara.

The YPG is the leading component of a joint Kurdish-Arab force that has swept through parts of northern Aleppo province in recent days, taking territory from rebels that Turkey backs.

The advance by the Syrian Democratic Forces alliance has angered Turkey, which fears the Kurds are trying to unite several Kurdish-majority regions in north and northeastern Syria to create a contiguous zone on the border.

Meanwhile, Syrian regime forces have also advanced in Aleppo province, backed by air strikes by Russia which began an aerial campaign in support of the government in September.

On Saturday, government troops seized 18 villages around the road east from Aleppo city towards the Islamic State group stronghold of Raqa, the Syrian Observatory for Human Rights monitor said.

The advances secure the regime’s grip on a stretch of some 40 kilometres (25 miles) of the highway, which passes by the Kweyris military airport that government forces recaptured with Russian help in November.

Moscow said Saturday it would continue “to provide assistance and help to the armed forces of Syria in their offensive actions against terrorists”.

Russia says its strikes target “terrorists”, but the opposition and its backers accuse Moscow of focusing on moderate and Islamist rebels rather than jihadists such as IS.

More than 260,000 people have been killed in Syria since the conflict began, with half the population displaced, including over four million overseas.

The most recent attempt to find a political solution to the war collapsed earlier this month, with UN envoy Staffan de Mistura initially proposing a February 25 date for talks to try to resume.

But he acknowledged on Friday that the date was no longer “realistically” possible, and that at least 10 days of preparations were still needed.