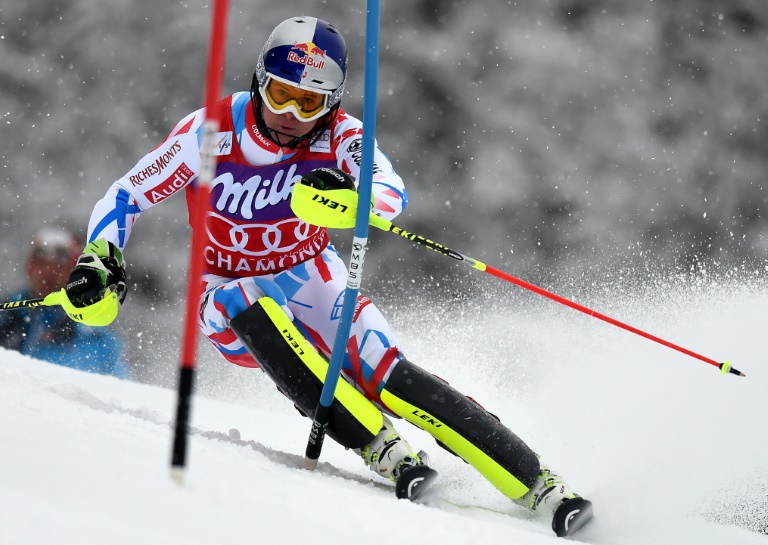 Alexis Pinturault held his nerve to claim a second World Cup super-combined victory on Friday and seal the overall combined title for the season.

Leading after the first leg of the slalom, the Frenchman clocked the ninth-fastest descent of a downhill delayed and shortened because of fog for a combined time of 2min 13.29sec.

Norway’s Kjetil Jansrud had been equal on points with Pinturault in the race for the combined title before Friday’s event where his challenge crumbled.

Pinturault’s victory was the Sochi Olympic bronze medallist’s 12th of his career and third this season. The super-combined title was his first overall victory.

Despite the race being delayed for 75 minutes because of poor visibility and the course being shortened, Pinturault estimated he had had the best downhill of his career.

“These are long days where you have to be patient, know how to chomp at the bit,” he said.

Paris was surprised by the Frenchman’s performance. “I didn’t expect Alexis to have such a great downhill. I have to congratulate him.”

It was the second success this season for Pinturault, who had suffered a series of setbacks last year with falls and concussion, but lead a rare French podium cleansweep in the discipline three weeks ago in Kitzbuehel.

“I learned a lot from this period,” said the skier from Courchevel, who moves up to fifth place in the overall standings.

“There were the falls, a concussion which resulted in me ending up in hospital. But that made me grow. I had to bounce back and it wasn’t easy. Now all that is behind me.”

He added: “What does this globe mean? It remains a globe even if it was easier, with three events to win compared to the slalom, giant slalom, downhill.”

Since the start of 2016 the French skier has found consistency and the top of the podium with victories in the Kitzbuehel combined and the giant slalom last week at Yusawa Naeba, Japan.

The leading positions remain unchanged with Austrian Marcel Hirscher, who is chasing a fifth overall title, and Norway’s Henrik Kristoffersen, leading the way.

Neither Hirscher nor Kristoffersen competed on Friday.