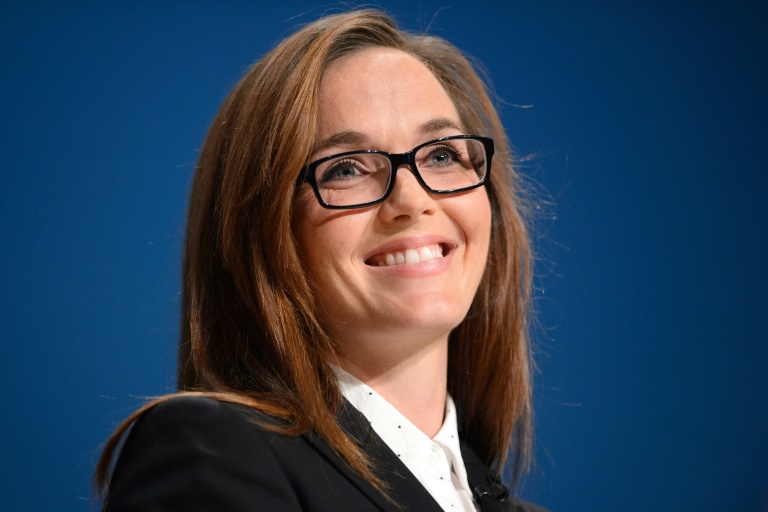 Pendleton fell off after the seventh fence when Baltic Blue, who was a length in front of Pacha Du Polder, came down just in front of her mount.

“More than anything it’s a bruised ego but it won’t put me off,” said Pendleton. “You have to expect a setback at some point and this was one of those days, unfortunately.”

The 35-year-old, who retired from competitive cycling after the 2012 London Olympics, is aiming to ride on the same horse in the Foxhunter Chase at next month’s prestigious Cheltenham Festival in south-west England.

“I hope Cheltenham is still the plan,” Pendleton said.

Pacha Du Polder was closing in on the leaders when he unseated Pendleton. Both Pendleton and Baltic Blue’s rider Carey Williamson were thrown to the turf but they were each quickly back on their feet in a race won by 8-1 chance Vasco Du Mee.

Pendleton announced in March last year that she wanted to become an amateur jockey, with the aim of riding at the Cheltenham Festival.

She underwent intensive training before gaining racecourse experience in charity events and later in amateur riders’ races on the Flat.

Pendleton almost had a dream debut in a senior English horse race, beaten by a head on Royal Etiquette in a flat race at Ripon, Yorkshire in August.

Now Pendleton hopes she has another chance to ride Pacha Du Polder before Cheltenham.

“Hopefully I’ll get another opportunity to sit on him, and get as many rides in as possible between now and then,” she said. “It’s up to the team of experts to decide whether I’m ready for Cheltenham — I hope I am.

“I appreciate this is what happens, and it was going to happen sooner or later.”