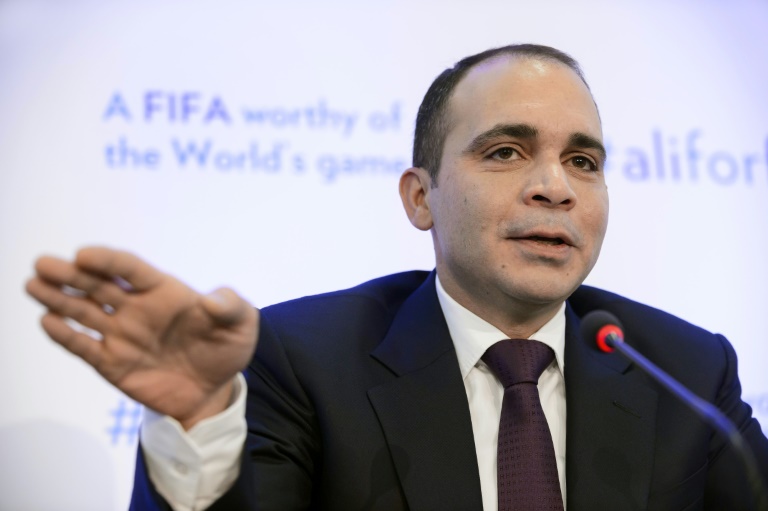 FIFA presidential candidate Prince Ali bin al Hussein on Saturday enlisted the help of the Court of Arbitration for Sport (CAS) to ensure a glass voting booth is used in next week’s vote.

Prince Ali claims a glass booth is the only solution “to ensure transparency” in the February 26 vote in Zurich.

“Only a transparent booth can prove that each voter is following his heart and conscience and that there are no forced votes by preventing voters taking photos of their voting paper to prove that they’d followed voting instructions,” Renaud Semerdjian, one of Prince Ali’s lawyers, told AFP.

He has already put at FIFA’s disposal a transparent voting booth “at his own expense”, his lawyer said.

“We don’t have any prior information and so remain in limbo,” said CAS general secretary Matthieu Reeb.

A FIFA spokesperson explained to AFP that voters will not be allowed to enter the voting booth next Friday with their mobile phones.

“Voters can have their mobiles in the congress hall but must leave them behind when they go to vote. They will be forbidden from transmitting any visual image during the voting process,” assured the spokesperson.