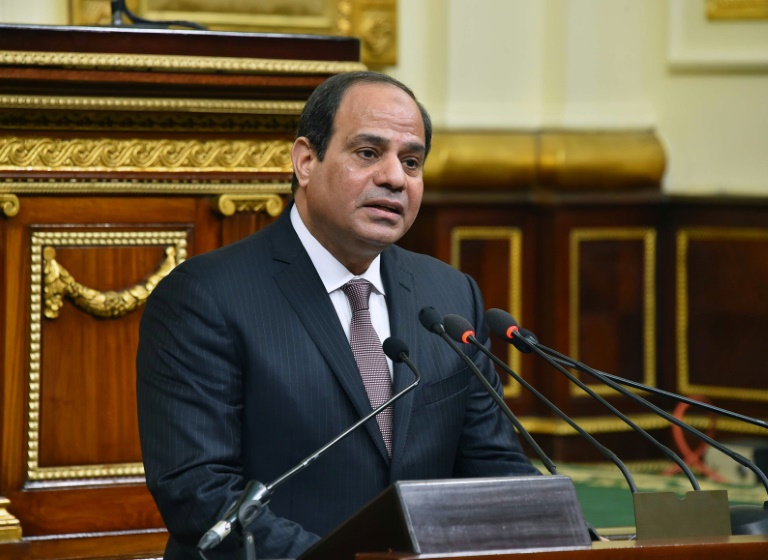 Egypt’s President Abdel Fattah al-Sisi opened on Saturday an economic summit attended by African leaders and businessmen that aims to boost trade and investment across the continent.

More than 1,200 delegates including some heads of state will negotiate business agreements for the next two days at the Red Sea resort of Sharm el-Sheikh, to attract private sector investments in Africa.

The conference “Africa 2016” plans to build further on a 26-nation free trade pact signed last year to create a common market on half the continent, organisers said.

Analysts say that despite their growth, African economies still account for about only two percent of global trade.

The forum was aimed at “pushing forward trade and investment in our continent to strengthen Africa’s place in the world economy,” Sisi said in a speech.

“It not only aims to present investment opportunities that Africa offers to the international business community… but aims to pave the way for active decisions, communication and cooperation.”

Organisers are also seeking to turn the spotlight on Egypt as its economy remains sluggish after years of political turmoil following the ouster of longtime autocrat Hosni Mubarak in early 2011.

Heavily dependent on tourism, Egypt’s economy was dealt a body blow when a Russian airliner broke up mid-air on October 31, minutes after taking off from Sharm el-Sheikh.

All 224 people on board, mostly Russian tourists, were killed when the plane blew up over the Sinai Peninsula. The jihadist Islamic State group said it brought down the jet with a bomb on board.

Egypt says it still has no evidence that a bomb downed the plane, although Moscow has acknowledged that a “terrorist attack” caused the disaster.

“Africa 2016 forum is expected to position Egypt as a gateway for foreign investments into African markets,” Omar Ben Yedder, member of the organising committee, told AFP.

“It also aims to discuss ways of promoting trade and investment in Africa, with a focus on private sector participation.”

Those attending the summit include the presidents of Sudan, Nigeria, Togo, and Gabon, and dozens of ministers and senior officials from Africa involved in trade and investment.

The conference has been organised by Egypt and the African Union, in partnership with the Common Market for Eastern and Southern Africa, or COMESA.