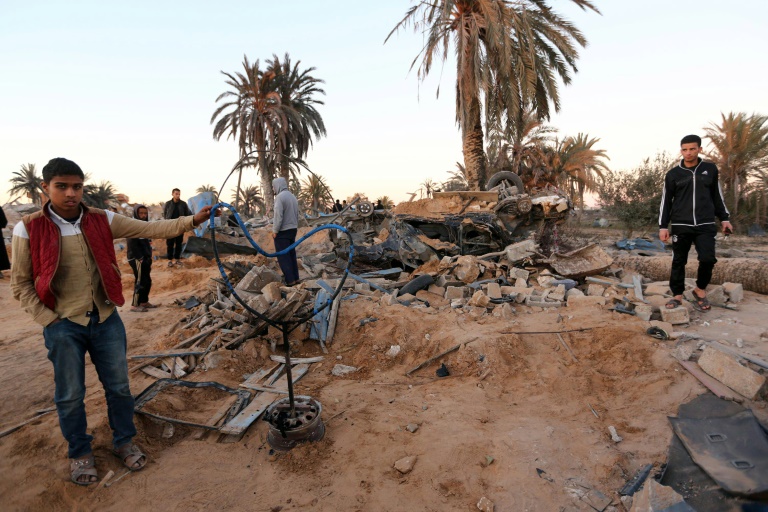 The US bombardment of an Islamic State camp in Libya dramatically highlights Washington’s resolve to hunt the jihadists beyond their Syrian and Iraqi strongholds, but experts doubt it heralds any deeper engagement in the chaos-riddled country.

In what was only the second time the United States hit an IS target in Libya, the air strike early Friday saw warplanes and drones obliterate a training center near the city of Sabratha west of Tripoli. Local officials said about 50 people were killed.

The Pentagon would not confirm the toll, but said as many as 60 jihadists were spotted using the facility during weeks of surveillance ahead of the strike, and that a top IS operative, Noureddine Chouchane, was “likely” killed.

The raid came just days after President Barack Obama vowed to hit IS in Libya, where the group has established a stronghold in the coastal city of Sirte.

But with less than a year left in office, Obama is loath to get embroiled in a broader conflict in Libya — for instance by sending large deployments of troops into the country.

Former Iraq ambassador Christopher Hill of the University of Denver said Obama and the US public generally have little interest in a large increase in US military engagement, especially after 18 months of air strikes in Syria and Iraq have failed to destroy the IS group.

“I don’t see any appetite in the US for going back into Libya in any sustained way,” Hill said.

“We’ll see these air strikes from time to time as targets of opportunity present themselves, but I don’t think this presages any long-term commitment to Libya’s future.”

Instead, Obama likely will continue to rely on occasional air strikes, coupled with small teams of US commandos working with sympathetic local partners on the ground.

Washington has also pushed international allies — especially former colonial power Italy — to take the lead in any coalition operations there.

Hill predicted that IS will continue to exploit the political chaos in Libya, but that tribal divisions will play a bigger role in determining the country’s future than the jihadist group.

Obama has faced criticism over the pace and scope of America’s anti-IS operations, and the US-led coalition that has been bombing IS targets has come under increasing pressure to expand.

“We hope today’s air strikes signal the beginning of a new commitment by the Obama administration to put Libya at the center of a comprehensive strategy to defeat international jihadism,” said Congressman Devin Nunes said, the Republican chair of the House Permanent Select Committee on Intelligence.

While the coalition has seen some successes in Iraq and Syria, jihadists have flowed into Libya. The Pentagon estimates some 5,000 IS fighters are now in Libya, many from neighboring Tunisia.

Jon Alterman, Middle East program director for the Center for Strategic and International Studies, said Friday’s strike did not mark a significant change in military policy in Libya, but might help convince groups fighting with IS that the jihadists “can’t win” and they are better off without them.

He argued that the United States should focus on pursuing a diplomatic solution to the chaos that has engulfed the country since the NATO-backed ouster of longtime dictator Moamer Kadhafi in 2011.

“The growing danger is that air strikes are used as an excuse not to develop the robust policies that are needed.”

Chouchane, an IS operative also known as “Sabir” believed killed in Friday’s strike, had been linked to two deadly attacks in Tunisia last year.

“We took this action against Sabir in the training camp after determining that both he and the ISIL fighters at these facilities were planning external attacks on US and other Western interests in the region,” Pentagon press secretary Peter Cook said, without providing specifics.

The latest US strike in Libya comes after a November action that killed top IS leader Abu Nabil, an Iraqi also known as Wissam Najm Abd Zayd al-Zubaydi.

In December the Pentagon acknowledged that a group of US special operations troops who traveled to Libya to “foster relationships” was kicked out of the country soon after arriving.