Home Sports Arsenal held by Hull ahead of Barca clash 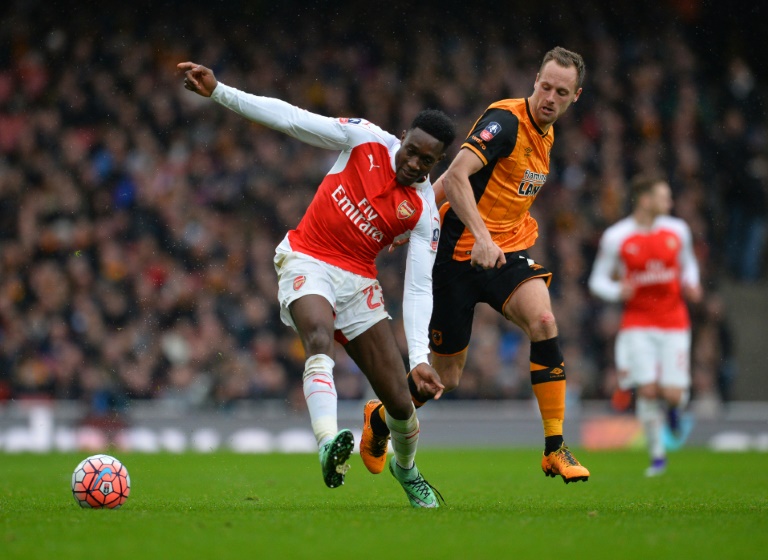 FA Cup holders Arsenal were left frustrated in their bid to build momentum for Tuesday’s Champions League meeting with Barcelona as their fifth round meeting with Hull City at the Emirates Stadium on Saturday ended goalless.

An outstanding display by Hull goalkeeper Eldin Jakupovic meant Steve Bruce’s under-strength side retain hope of avenging their 2014 Cup final defeat by Arsenal and so preventing Arsene Wenger’s side becoming the first team to win the competition three years in succession since the 1880s.

The draw also ensured the strength of Wenger’s belief that replays are an integral part of the FA Cup will be tested just days after he spoke out in support of such matches.

Veteran manager Wenger, in charge of Arsenal since 1996, made his remarks this week following reports the Football Association (FA) were considering ditching replays in the competition to ease the fixture schedule, a proposal that drew support from Hull boss Bruce.

In truth, neither manager wanted the burden of an extra game at this stage of the season, with Arsenal pushing for the Premier League title and Hull top of England’s second-tier Championship.

But the Gunners, who also beat Hull in the third round of last season’s FA Cup, paid the price for their failure to turn territorial dominance into goals.

The feeling that the priority for both clubs lay elsewhere was confirmed by the two line-ups.

With Barcelona due to visit for the first leg of the Champions League round of 16 tie in three days time, Wenger dipped deep into his squad, making nine changes to the side that started last weekendâ€™s Premier League meeting with Leicester City.

Bruce went even further, making ten changes to his side in a bid to protect key players ahead of the midweek league trip to Ipswich Town when Hull will attempt to strengthen their bid to make an immediate return to the Premier League.

Wengerâ€™s decision to ring the changes for his 100th FA Cup tie meant Danny Welbeck made his first Arsenal start in 308 days, having marked his first team return with the last minute goal that brought victory over Leicester.

A smart turn and cross by England team-mate Theo Walcott presented Welbeck with the chance to direct a 13th minute header on goal that was well saved by Jakupovic.

And the strikerâ€™s burst into the box brought strong home appeals for a penalty as Arsenal turned up the pressure during the opening half hour.

Hullâ€™s makeshift line-up struggled to make any impression during the early stages.

However, they grew into the game with the pace of Adama Diomande alongside Nick Powell, the Manchester United midfielder signed on loan last month and making his first start since August 2014, beginning to cause the home side problems.

Diomande in particular was threatening and Arsenal centre-back Laurent Koscielny could count himself lucky team-mate Per Mertesacker was covering when he brought down the striker and escaped with only a yellow card.

When Arsenal did assert themselves, Jakupovic was in excellent form, saving well from Walcott with his legs in the 28th minute.

And the Switzerland keeper produced an even better save to deny Welbeck just after the hour when he adjusted his dive to save one handed after the Arsenal forward had produced a powerful, curling shot from the edge of the area.

That effort came after another period of sustained Arsenal pressure which saw Joel Campbellâ€™s free-kick bounce away to safety off the inside of the post with Jakupovic beaten.

Wengerâ€™s growing frustration — and his desire to avoid a replay â€“- was reflected in the managerâ€™s decision to introduce Olivier Giroud and Alexis Sanchez midway through the second half.

But that wasnâ€™t enough to settle the tie in the holdersâ€™ favour, with Jakupovic producing another excellent save in added time to keep Hullâ€™s hopes alive.