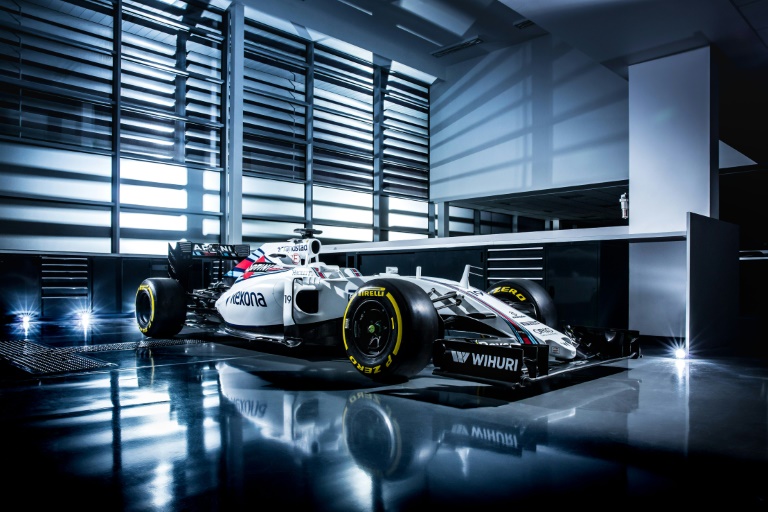 Williams unveiled its FW38 ahead of the upcoming Formula One season on Friday as they look to continue their recent upturn in fortunes.

The new car, that will keep the iconic blue, red and white stripes for a third successive season, will make its debut in the pre-season testing event at Barcelona on Monday.

Despite having a smaller budget than some of their rivals, the British team have finished third in the constructors’ championship for the past two seasons.

But founder and team principal Frank Williams concedes that it will be difficult to stay as the ‘best of the rest’ behind Mercedes and Ferrari for another year.

â€œWilliams has started to cement our position back amongst the front running teams after finishing third in the Championship in the past two seasons,” Williams said.

“This has been a great achievement given the resources of those around us. Staying where we are will be a challenge in itself, but we are determined to keep improving because only winning will ever be good enough.”

Brazilian Felipe Massa and Finn Valtteri Bottas, who has finished fourth and fifth in the last two years, will team up as the team’s two drivers for a third campaign in a row.

At a time when their competitors are changing the men in the car, Williams thinks this gives his team a boost.

â€œWe have a very stable team going into 2016, with Felipe and Valtteri teaming up for a third successive season,” he added.

“They work well together and both have the ideal blend of speed and consistency.”

Bottas himself thinks that Williams can actually build on their successes and win races, after four podium finishes in 2015.

â€œAs a team we need to be able to win races, which is what we are always trying to do,” the 26-year-old said.

“Iâ€™m sure we have made improvements everywhere as a team, so weâ€™re definitely looking to fight for better results this year.”