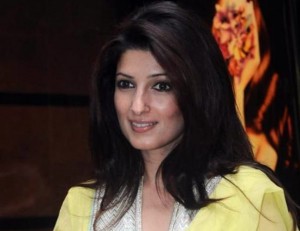 Twinkle Khanna has outgrown the ‘star-wife’ tag, with a stamp of authority that her writings bear. In yet another thought provoking column that she penned for Times of India, Mrs Funnybones, as her pen name goes, has broken the internet with her calling a spade a spade.

With so much debate over intolerance and nationalism, Twinkle has very aptly told us that there are several things that offend us. Telling us that this offensive nature has been a part of our systems since the paleolithic times, when post the conception of language, two offended men sat facing the wall.

She says she too gets offended when crores (Rs 2,979 crore for a 182-metre-tall Statue of Unity and Rs 1,900 for another one in the Arabian Sea) are spent without realising that ‘only 10% of our children have access to education beyond higher secondary schooling’. She says this kind of a priority list offends her.

She also stresses on the fact that she likes the name Bombay instead of Mumbai and that being changed because it was a part of ‘British legacy’ does bother her, but what she can’t ‘wrap her head around’ is when ‘Bombay was bleeped from poor Mihir Joshi’s song.’

She says among a list of things that we have been offended by in the last few months, Obama’s chewing gum, Modi’s suit, Kiran Bedi for various reasons and, of course, by the infamous roast occupy the top spot.

She says if we had to be offended by live shows, we should be irritated with Arnab Goswami, who asks the education minister a question, but screams on top of his voice drowning her answers in it. We are offended by homosexuality, by ‘dark-skin’ jokes and all of that.

As the moral of the story, she says it’s better to prioritise than be like the men who sat facing the cave!