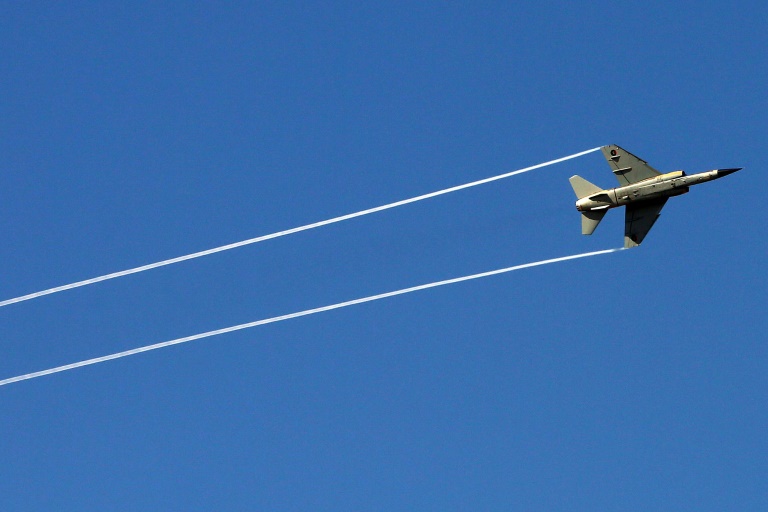 A US air strike on a jihadist training camp in Libya killed dozens of people Friday, probably including a senior Islamic State group operative behind attacks in Tunisia, officials said.

“The US conducted an air strike early this morning (Libya time) against an ISIL training camp near Sabratha, Libya, that likely killed ISIL operative Noureddine Chouchane,” a US official said, using an alternative acronym for the IS group.

A jihadist safe house was destroyed in the dawn raid in Sabratha about 70 kilometres (42 miles) west of Tripoli, according to Hussein al-Dawadi, an official in the city, located near the border with Tunisia.

“The raid killed 41 people who were all inside the house,” Dawadi told AFP. “The vast majority of those killed were Tunisians who were probably members of IS.”

In July, an attack on a beach resort near the Tunisian city of Sousse killed 38 tourists — including 30 Britons.

That followed an attack on the National Bardo Museum in Tunis in March that killed 21 tourists and a policeman.

Both attacks were claimed by IS, which the United States is also targeting with air strikes in Syria and Iraq.

In November, a US air strike in Libya killed an IS leader, Abu Nabil, an Iraqi also known as Wissam Najm Abd Zayd al-Zubaydi.

It was the first US strike against an IS leader in the North African country, where a US official estimated this month the jihadist group has about 5,000 fighters.

US President Barack Obama vowed Tuesday not to let IS build a base in Libya.

“We are working with our other coalition partners to make sure that, as we see opportunities to prevent ISIS from digging in in Libya, we take them,” Obama said.

“We will continue to take actions where we got a clear operation and a clear target in mind.”

In December, the Pentagon acknowledged that a group of US special operations troops who had travelled to Libya to “foster relationships” was kicked out of the conflict-torn country soon after they arrived.

IS has exploited the turmoil in Libya since the overthrow of dictator Moamer Kadhafi five years ago, raising fears it is establishing a new stronghold on Europe’s doorstep.

The recognised government has been based in the country’s far east, having fled a militia alliance including Islamists that overran the capital in August 2014.

The alliance has its own administration and parliament in the capital. The United Nations is pushing the two sides to back a unity government to tackle jihadists and people-smugglers.