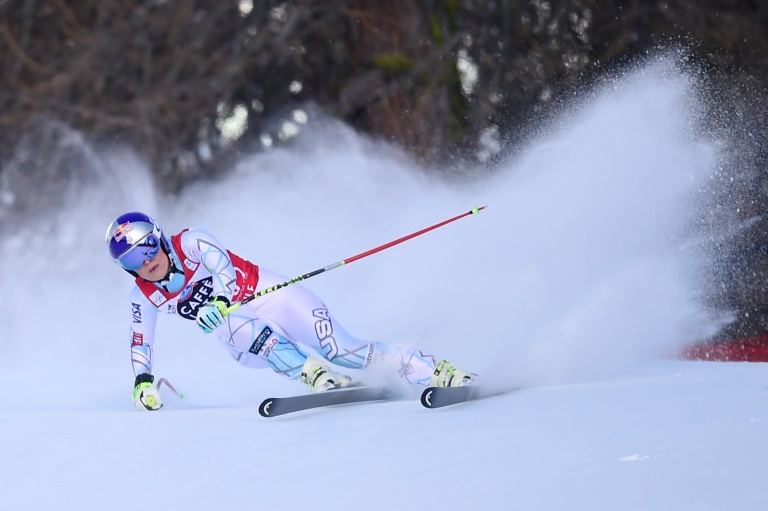 American speed queen Lindsey Vonn crashed out of the women’s World Cup downhill on Friday, allowing Swiss victor Lara Gut to leapfrog her back into top spot of the overall standings.

Vonn, seeking a 77th career win, has been involved in a cat-and-mouse battle with Gut for the crystal globe for the season’s best all-round skier.

But it was not to be in bright, freezing conditions in La Thuile, Vonn’s battle to ride through a rough corner misfiring as a ski unclipped itself to send the 31-year-old cartwheeling, unhurt, down the slope.

Gut’s victory, her 18th on the World Cup circuit and sixth this season, saw her nab 100 points that took her to a total of 1,073pts in the overall standings, 13 ahead of Vonn. Germany’s Viktoria Rebensburg stands third with 852.

Vonn, who remains atop the downhill standings ahead of second-placed Huetter with Gut in fourth, will have the opportunity to claw back some valuable points in her battle with Gut in Saturday’s second downhill, with a super-G also scheduled for Sunday.