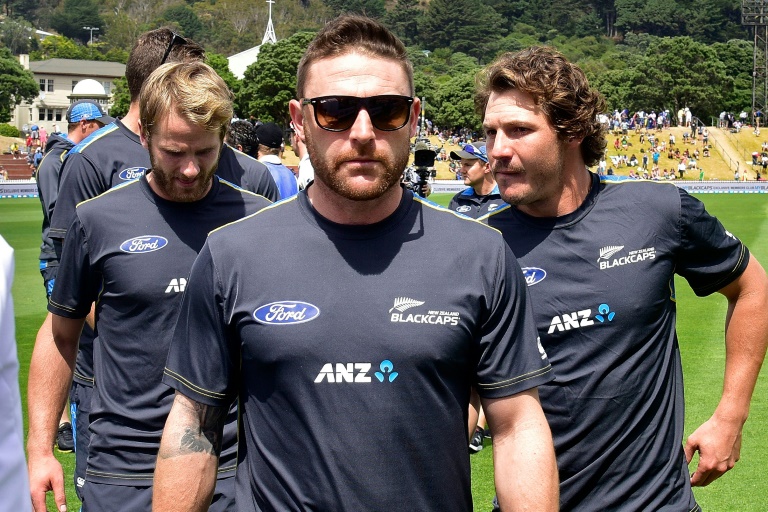 It was job first and retirement talk second for Brendon McCullum Friday on the eve of the final Test against Australia, with his focus firmly on a series-saving win and not his international swansong.

New Zealand are playing “big brother” Australia, are one Test down in a two-Test series, and the swashbuckling McCullum needs just one more six to move to 101 and topple Australian Adam Gilchrist with the most Test sixes.

His farewell has drawn a sell-out crowd, with day three the fifth anniversary of the devastating earthquakes which claimed 185 lives in Christchurch.

Despite the emotional occasion, McCullum said it was “pretty easy” to shut out the distractions.

“We have got a job to do. We are 1-0 down in the series. We have got one Test to go and we have to find a way to square the series,” he said.

“At the moment all I’m focusing on is trying to enjoy the last Test with the boys.

“It will be special, playing in Christchurch as well… There is a lot to look forward to and plenty of time for reflection after the Test.”

The green wicket will again appeal to the seamers as Australia found in the first Test when they rolled New Zealand inside two sessions on the first day and went on to win by an innings and 52 runs in four days.

Both sides have made changes to their bowling attack following injuries to Doug Bracewell and Peter Siddle.

New Zealand are expected to bring in Matt Henry, their most successful bowler against Australia in the pre-Test ODI series.

Australia have included James Pattinson for Siddle, although captain Steve Smith downplayed the significance of a green-topped wicket.

“I don’t think it is a concern. For me it’s about making sure our batters adapt to the conditions. We know what we’re likely to face, we knew that before we came over here,” he said.

But for McCullum the wicket had all the hallmarks of bowling first if he wins the toss.

“It looks like it’s got a nice healthy covering of grass. I’m sure that both team’s bowling line-ups will relish it,” he said.

“It’s not going to be necessarily a pleasant time out there with bat in hand.”

One bookmaker in England is taking bets that there will be tears from McCullum when it is all over, but the skipper has his own take on how emotional he will be.

“It depends how long I’ve been batting I suppose. We’ll wait and see.”

Pressed on whether he will entertain the crowd with a trademark, boundary-laden innings, McCullum said: “We’ll see what unfolds. I don’t know how I’m going to play until I get out there.”

McCullum did admit that if retirement was to be a focus then it was fitting for him to end his international career with a Test on his home ground.

“It’s nice to be able to go out in the purist form of the game, a game that means so much to cricketers who’ve played for New Zealand over decades and to be able to do it in your home town. There’s an element of romance there as well and it’ll be nice,” he said.

“Hopefully we can get the result we want as well and go down to the local pub and have a few beers afterwards.”