Home Sports Guardiola welcomes back trio ahead of Juventus clash 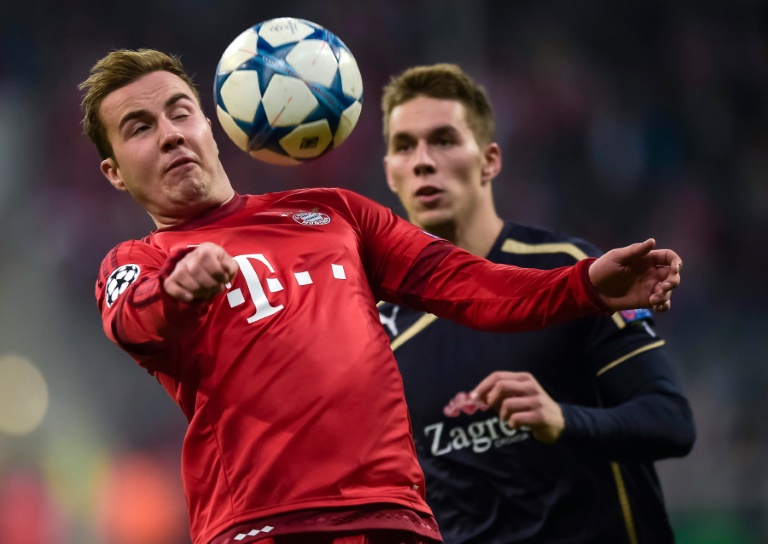 Bayern Munich’s injury crisis should ease when key players return on Saturday as Pep Guardiola’s Bundesliga leaders chase a club record with one eye on next week’s Champions League clash at Juventus.

It eases the pressure on Guardiola, who did not have a single fit centre-back for last Sunday’s 3-1 league win at Augsburg with Javi Martinez, Holger Badstuber, Jerome Boateng and Medhi Benatia all sidelined.

Goetze is set to return after four and a half months out with an adductor injury, while Ribery is set to end his misery on the sidelines after just two matches since last April.

Germany international Tasci is set to play his first game in the famous red shirt after signing on loan from Spartak Moscow until the end of the season as cover at centre-back.

All three are “ready and fit. I do not know how many minutes they will play. But it’s good news for us, that we have these players on the pitch,” said Guardiola.

If Bayern stop Darmstadt from scoring, it will give the hosts a new club record of six consecutive clean sheets dating back to November.

Guardiola insists they have almost exclusively “talked about Darmstadt” and only “a bit about Juventus” in training this week.

The 45-year-old will quit Bayern at the end of the season to coach Manchester City and after three years in Munich, he is eager to sign off with the Champions League — the one trophy which has eluded him so far in Bavaria.

Bayern’s last 16, first leg, clash against last season’s Champions League finalists next Tuesday is a key test and the Spaniard is undecided as to whether he will rotate his squad for Darmstadt with one eye on Turin.

The stats speak for themselves as Bayern have won four, and drawn the other, of their five league games against Darmstadt, who have never won in Munich.

Meanwhile, Goezte admits he is uncomfortable with any comparisons to superstar Lionel Messi after Joachim Loew’s words to him during the World Cup final have become part of German football folklore.

“Show the world that you’re better than Messi,” Loew told Goetze on the sidelines in sending him on as a replacement in the 2014 World Cup final in Rio de Janeiro before the 23-year-old scored the winning goal against Messi’s Argentina.

But Goetze has failed to hold down a regular spot at Bayern since joining them for the 2013/14 season.

“The public expectation definitely shot up. When you reach a certain level, it’s often expected that you do even better,” Goetze said about the pressure on him.

“The fact there are also phases when things don’t go so well is only human.

“I feel good, I am fit and in good spirits,” he added ahead of his expected comeback on Saturday, having started just four Bundesliga games for Bayern this season.