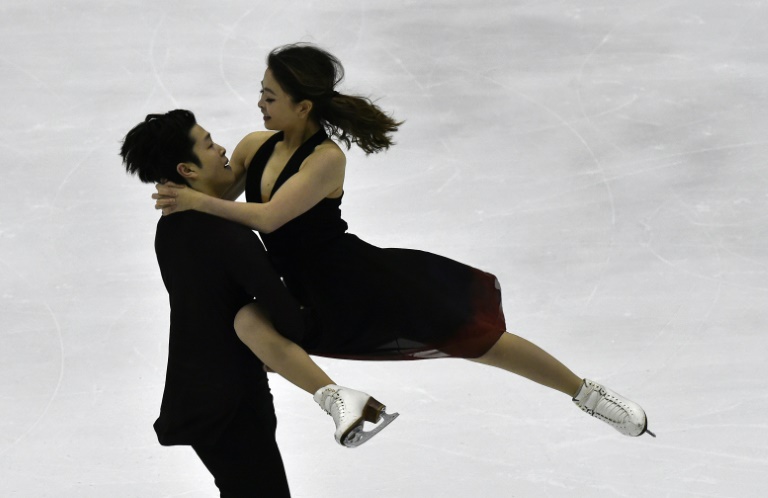 The sibling team cinched the victory after their free dance to “Fix You” by Coldplay, a boost of confidence for the newly crowned US National Champions.

“We were very excited to win the national title for the first time and that has a level of confidence that comes with it that we’ve taken into this week of our skating,” said older brother Alex, 21.

“We feel like we’re just starting to scratch the surface of what our potential can be so we’re really looking forward to the lead up to 2018,” added Maia, 21.

They scored a personal best of 108.76 points in their free dance performance for an overall total of 181.62 points.

“I did stumble in the program a couple times,” Canadian Poje, 28, said, referring to Friday’s free dance in which they ranked fourth.

“I’m not proud of that. I’ll go home and work on that in making sure that doesn’t happen again.”

The men’s short programme will be taking place later Friday.