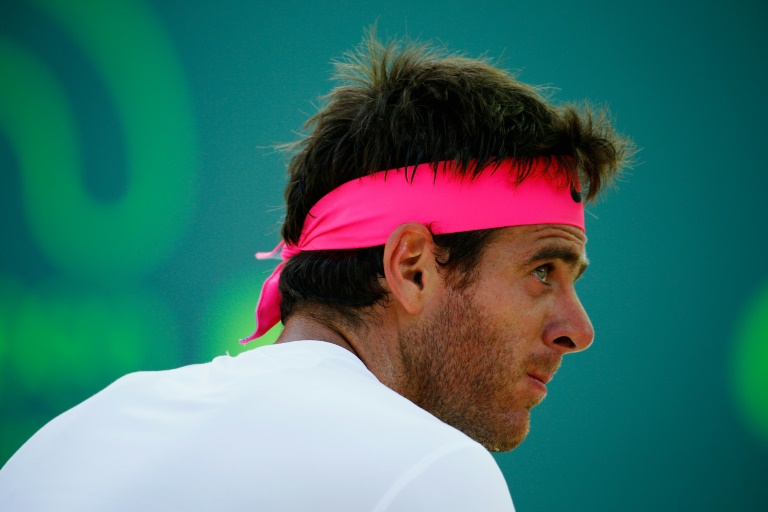 In only the second match of his comeback after sitting out for nearly a year, the 27-year-old Argentine wildcard entrant booked a last-eight date with French fifth seed Jeremy Chardy, who ousted American wildcard Noah Rubin 6-4, 6-2 in another second-round match.

“We’ve known each other since we were kids. He’s a good friend of mine,” Chardy said of Del Potro. “I was really happy for him to come back. For a tennis player, the worst is to be injured. We need players like him on the tour.”

Del Potro, ranked 1,042nd in the world after missing most of the 2014 and 2015 seasons with a left wrist injury, underwent surgery last June and had not played an ATP match since last March until this week.

Smith, a left-hander ranked 135th in the world, was broken in the last game of the first set. He broke to lead 2-1 but Del Potro broke back in the fourth game.

The South American broke to lead 5-3 and served for the match but Smith broke back and served to pull level, only to have Del Potro end matters after 77 minutes when the Aussie netted a forehand.

Del Potro and Chardy, ranked 30th, have split two career meetings. Del Potro won a 2012 Cincinnati quarter-final but the Frenchman took a five-set triumph in the third round of the 2013 Australian Open.

US wildcard Tim Smyczek rallied to upset US seventh seed Donald Young 1-6, 7-6 (7/2), 6-2, setting up a quarter-final matchup against another compatriot, Sam Querrey.

Querrey went down a break early in each set but fought back both times for a 6-4, 6-3 triumph over American left-hander Austin Krajicek.