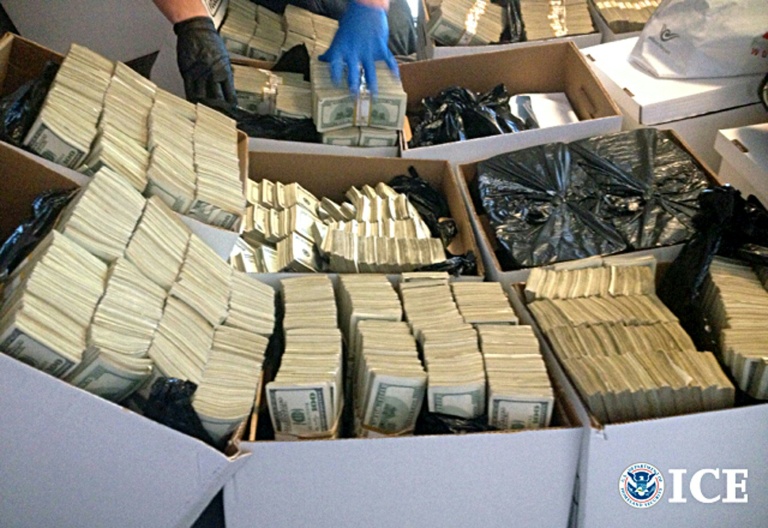 The world has always been gung ho about devising ways to curb terrorism and crime, but now, finally, looks like the missing piece of the puzzle might have fallen in place.

Drug czars and terrorists could find their operations tougher — or at least their gym bags heftier — if proposals to eliminate high-value US and European banknotes gain traction.

If those large bills were eliminated, argues a new Harvard University study, the drug dealers, arms traders, terrorists and tax cheats would find it a whole lot more onerous and risky to move their cash around undetected.

The idea is gaining support. European Central Bank President Mario Draghi said Monday that it is weighing eliminating the 500 euro note to help fight crime, according to reports.

And former US Treasury Secretary Larry Summers called on Tuesday for a moratorium by major central banks on printing new high-value notes, to begin cutting the supply.

The study, by Harvard researchers led by former Standard Chartered bank chief Peter Sands, recommends doing away with the most popular banknotes used to evade the banking system: the US$100 note, the 500 euro note, the 1,000 Swiss franc note, and Britain’s 50 pound note.

Long the most popular with criminals, some two-thirds of the total $1 trillion in $100 notes circulating are outside the United States.

But the 500 euro note, for its size and portability, has become so prized in underground finance that it can trade at more than its face value, and has become known in some circles as a “Bin Laden”, according to the study.

“Such notes are the preferred payment mechanism of those pursuing illicit activities, given the anonymity and lack of transaction record they offer, and the relative ease with which they can be transported and moved,” it said.

Removing high-value bills from circulation would have little impact on legitimate business, as the rise in electronic payments has rendered them “an anachronism”, the study noted.

But eliminating them “would make life harder for those pursuing tax evasion, financial crime, terrorist finance and corruption” and “disrupt their business models,” the authors said.

The increase in the physical task of moving cash around would be significant.

A $1 million payment with 500-euro notes weighs 2.2 kilograms (five pounds) and fills just a small sack. Using US$100 notes, $1 million would take one briefcase and weigh 10 kilos. But in US$20 bills, it weighs 50 kilos and fills four briefcases.

Moreover, the larger a stockpile of banknotes, the higher the risk of a devastating loss.

A drug trafficker in Mexico unable to launder some $207 million in $100 bills saw the cash pile — large enough to overload a pickup truck — seized by authorities.

And in January US aircraft were able to damage Islamic State finances by bombing cash storage depots, destroying “tens of millions” of dollars.

A military video of an attack on a building in Mosul shows vast plumes of what appears to be money fluttering into the sky following a huge blast.

The Harvard study argues that because large banknotes play little crucial role in the legitimate economy, by issuing them governments are in effect enabling criminals.

Pointing out that the 500 euro note is worth more than five times the $100 note, Summers, a Harvard professor, argued in his blog that the Europeans need to move first.

“Even better than unilateral measures in Europe would be a global agreement to stop issuing notes worth more than say $50 or $100,” Summers said.