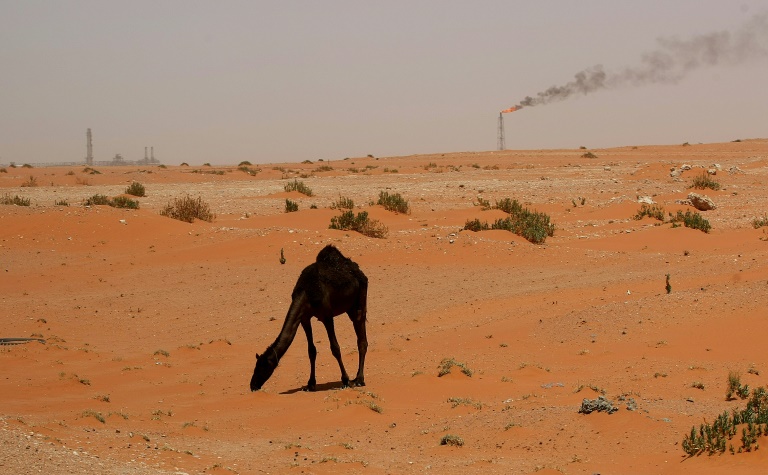 Standard and Poor’s cut Saudi Arabia’s credit rating by two notches on Wednesday, saying low oil prices would have a considerable impact on the country’s finances and economy.

“In our view, the decline in oil prices will have a marked and lasting impact on Saudi Arabia’s fiscal and economic indicators given its high dependence on oil,” said the ratings agency in a statement.

Global oil prices have crashed by some 70 percent from peaks above $100 per barrel in mid-2014, hurting the finances of oil-exporting nations.

Standard and Poor’s said that before prices dropped that oil exports accounted for 80 percent of Saudi Arabia’s exports and three-quarters of government revenue.

Given Saudi Arabia’s high dependence on hydrocarbons, Standard and Poor’s revised downward its forecasts for economic growth between 2016 and 2019 to an average of two percent a year from about three percent.

It said the current account deficit, a measure of trade, would swell to 14 percent of the economy, while the government deficit is set to dip modestly to 13 percent as the government moves to support growth.

Standard and Poor’s said the outlook on the A- investment grade credit rating was stable, which “…reflects our expectation that the Saudi Arabian authorities will take steps to prevent any further deterioration in the government’s fiscal position beyond our current expectations.”

It noted that the government was reforming subsidies on fuel, electricity and water, which could save it expenses worth eight percent of annual economic output.

Standard and Poor’s also cut Bahrain’s credit rating by two notches to BB, which took it out of the investment range into speculative or so-called junk territory.