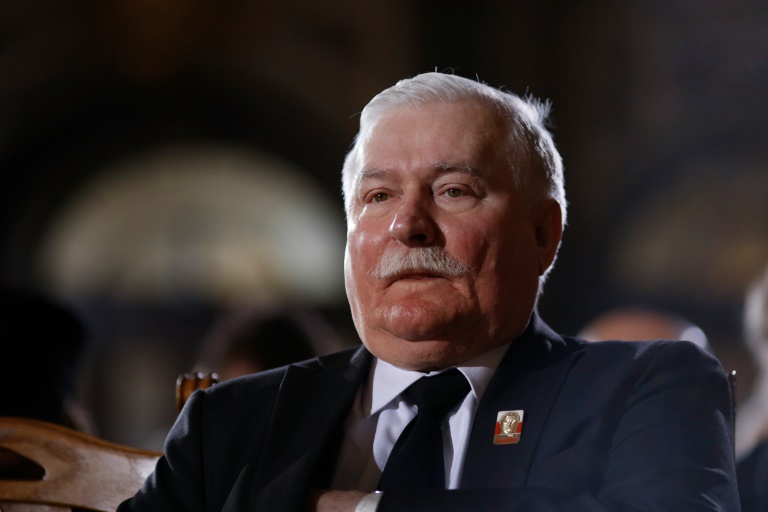 Solidarity freedom hero Lech Walesa was a paid secret agent who collaborated with Poland’s communist regime, according to newly-found documents revealed Thursday — triggering an angry denial from the man himself.

Poland’s first post-communist president has long insisted such allegations are “absurd” and a special vetting court cleared him in 2000.

But rumours persist that he covertly fed the communist regime information while leading the freedom-fighting Solidarity, the Soviet bloc’s only independent trade union.

The IPN published a summary of its findings on its website.

Walesa was quick to blast the allegation in a Thursday social media post saying: “There cannot be any materials written by me.”

The 72-year-old Nobel Peace laureate who as Solidarity leader in 1989 negotiated a bloodless end to communism in Poland also vowed to prove his innocence in court.

The allegations against Walesa first surfaced in 1992, two years after he was elected president.

It was then that former interior minister and current Defence Minister Antoni Macierewicz published a list of 60 suspected SB agents, including Walesa as “Bolek”.

Although Macierewicz and Jaroslaw Kaczynski — the powerful head of the governing right-wing Law and Justice (PiS) party — worked with Walesa as dissidents during the communist era, they became his sworn enemies during Walesa’s presidency.

The new-found documents are from a cache the IPN recently seized from the home of the widow of Communist-era General Czeslaw Kiszczak.

He helped orchestrate a brutal 1981 crackdown on the Solidarity movement and died last year.

Experts have consistently raised doubts about the credibility of communist-era secret police files, arguing they could easily have been manufactured to frame opposition activists like Walesa.

But historian and former IPN chief Andrzej Paczkowski told reporters in Warsaw Thursday the new-found files could put an end to thecontroversy once and for all.

“Up to now we’ve been in possession of photocopies… but if now we have the complete file of original documents, the matter will finally and definitively be closed,” he said.

IPN chief Kaminski confirmed that there are 279 documents in the file of an agent codenamed “Bolek”, dated 1970-76.

Experts believe the documents are authentic, but their contents still must be fully examined, he added.

“There are many reports and records of meetings between secret policemen and the agent,” he said, adding that some reports bore the “Bolek” signature.

Communist-era dissident Krzysztof Wyszkowski told public broadcaster TVP on Thursday that he believed the secret police had roped Walesa into working with them, but quickly dropped him when they realised he was feeding them lies.

“It’s not Lech Walesa who quit working with the SB (secret police); the SB dropped him because he was making false reports,” said Wyszkowski, a long-time Walesa critic.

In January, Walesa had called for a public debate at the IPN so that he could take on his critics face-to-face and clear his name.

But he later called off the debate amid conflict with the IPN, which said he had refused his critics the right to speak at the planned debate.

Poles have mixed feelings about Walesa. His boldness in standing up to the communist regime is still widely respected, but the combative and divisive tone of his later presidency earned him scorn from many quarters.