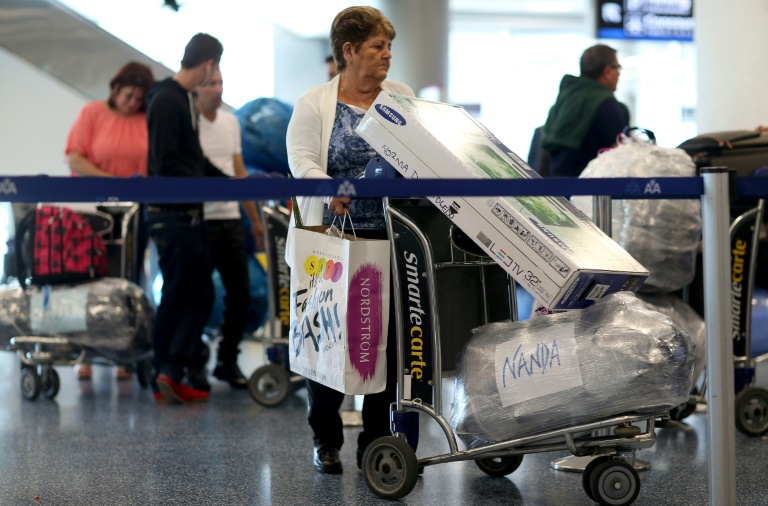 The United States and Cuba signed an agreement Tuesday authorizing daily US commercial flights to the communist-ruled island for the first time in more than 50 years.

The deal allows up to 110 daily flights to Havana and nine other destinations in Cuba.

“Today is a historic day in the relationship between Cuba and the United States,” said US Transportation Secretary Anthony Foxx in Havana, where he signed the accord with his Cuban counterpart Adel Rodriguez.

“For the first time in more than five decades the United States and Cuba will establish a service between our two nations.”

Rodriguez said the accord marked “the start of a new era in air transport links between Cuba and the United States, which will contribute to the deepening of ties between our two countries.”

US authorities said they would immediately invite American airlines to submit applications to operate the flights, with routes to be set up within months.

Additionally, the Cuban government will give “thorough consideration to future requests from the US government to increase this level of service,” US Deputy Assistant Secretary of State for Transportation Affairs Thomas Engle said.

The agreement allows for regular flights “between any city in the US and any city in Cuba,” provided it is equipped with infrastructure for international air travel, he added.

Airlines in the two countries can now strike deals in such areas as code-sharing and aircraft leasing, the Cuban embassy said in December when the plan was announced.

However, tourist travel is still barred under the trade embargo that the United States slapped on Cuba in 1960 after Fidel Castro came to power in a revolution.

The US Treasury Department has set 12 categories of authorized travel.

“Initially, the US carriers will be allowed to fly 20 scheduled frequencies per day to Havana, the largest market, and remember that the current level is zero,” Engle said.

They may also “fly 10 scheduled frequencies per day to any other city in Cuba that has an airport open to international service.”

Although the agreement formally opens the door for Cubana airlines to operate future flights into the United States, none are allowed at present.

Deputy Assistant Secretary for Aviation and International Affairs Brandon Belford said Cuban airlines will still have to obtain their own licenses from US authorities such as the Treasury Department and Office of Foreign Assets Control.

“So we do not anticipate Cuban-owned aircraft serving the US in the near future,” he said.

On Tuesday, the Treasury Department was to invite US airlines to submit applications for allocation of the new flights.

Belford said “carriers will have 15 days to submit their applications if they want to serve Havana and the other nine airports.”

All final decisions will be made in approximately half a year.

“Our expectation is that we will be in position to make a decision and make it final sometime in the summer, in terms of which carriers and which US cities will have service into Cuba,” Belford said.

Commercial flights between Cuba and the United States were cancelled 53 years ago but since the mid-1970s authorized charter flights have been allowed under certain conditions.

The United States and Cuba formally restored diplomatic relations in July and re-opened embassies in each other’s capitals.