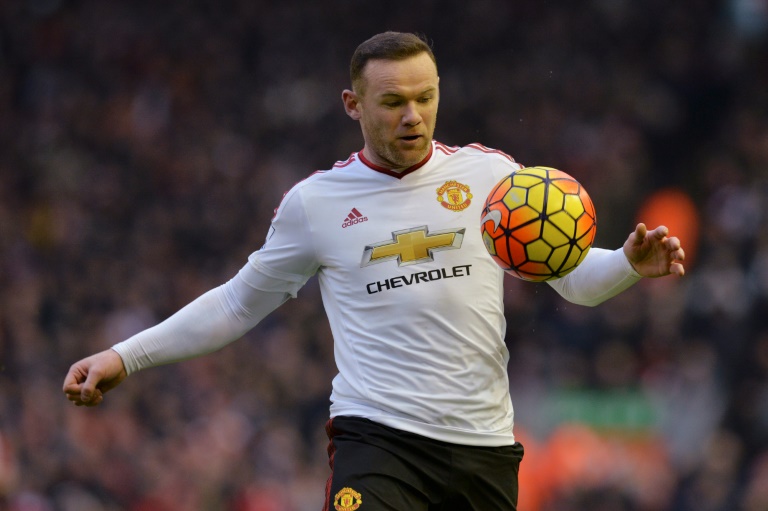 Manchester United must “wait and see” on how long Wayne Rooney will be out of action, said manager Louis van Gaal on Wednesday as he confirmed his captain had suffered a knee injury.

Several British media reports earlier on Wednesday said that 30-year-old striker Rooney, also the captain of England, would be sidelined for up to two months.

He was not in van Gaal’s 18-man squad which travelled to Denmark on Wednesday for the first leg of their last-32 tie and a United statement said Van Gaal would provide further details at his pre-match press conference.

“We have 13 players injured and Wayne is one of them,” Van Gaal told reporters.

“It’s difficult to say but he’s injured in the game versus Sunderland and has a knee problem. We have to wait and see how long that takes. I cannot say,” the Dutch manager added.

“He scores a lot of goals so he is very important for us. We know that but we have to cope with that.

“Certainly in 2016, he has scored and that’s why we had a good run in matches until Sunderland. But we have to cope with that. Everybody can be injured and also the captain can be injured.”

If Rooney’s absence is as lengthy as has been suggested, it will be a setback for both United and England.

United’s 2-1 loss to Sunderland last weekend left them fifth in England’s top flight and six points off the top-four spot — the club’s “minimum requirement” in the under-pressure Van Gaal’s words — that would secure entry into next season’s Champions League.

They have 12 rounds of Premier League fixtures left in which to overhaul fourth-placed local rivals Manchester City, who have already announced that Bayern Munich boss Pep Guardiola will be their new manager next season.

Defeat in Denmark would merely add to the pressure on Van Gaal, who has said winning the Europa League now offers United their best chance of qualifying for the Champions League.

Meanwhile there is ongoing speculation that former Chelsea manager Jose Mourinho is set to replace Van Gaal at Old Trafford come the end of the current campaign.

England also have two friendly internationals against Germany and the Netherlands next month ahead of their participation at the Euro 2016 finals in France.

Roy Hodgson, the England manager, said on Saturday that his skipper Rooney — England’s leading all-time goalscorer — will be a “player we need to depend upon” at the Euros.

Rooney is United’s top scorer this season with 14 goals in all competitions and has found the back of the net three times in four appearances for England this term.