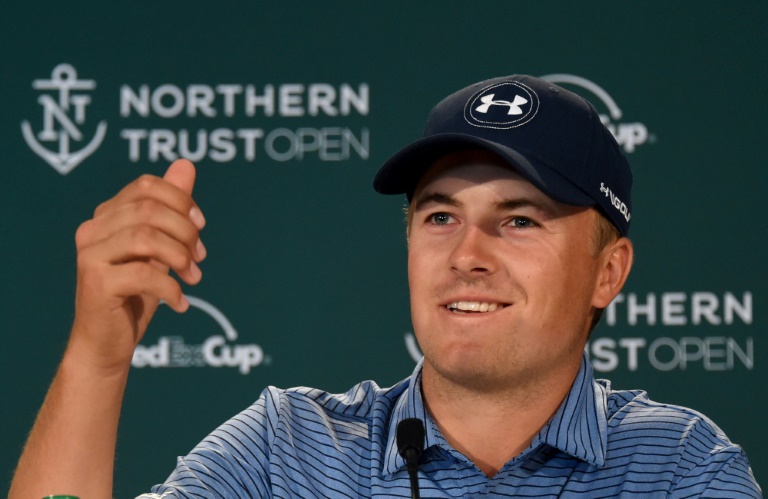 World number one Jordan Spieth says he wants to emulate the relentless drive of tennis icons Roger Federer and Novak Djokovic as he aims to cement his place at the pinnacle of world golf this year.

After a dominant 2015 which saw him seal back-to-back Major victories at the Masters and US Open, before a fourth placed finish at the British Open and a second at the PGA Championship, Spieth has already won his first tournament this year.

The 22-year-old Texan will be chasing a second victory of 2016 when he tees off on Thursday in the Northern Trust Open at the Riviera Country Club in the wealthy Los Angeles enclave of Pacific Palisades.

Speaking to reporters on Tuesday, Spieth said the enduring hunger and consistency of Federer, Djokovic and other leading lights of men’s tennis was an inspiration as he plots his own career path.

“It’s really amazing how anywhere from two to five tennis players at a time can just completely carry the sport,” Spieth said.

“It’s bizarre. It seems like you’ve got three of the top four ranked, always, in the semi-final matches.

“You can certainly take a lot from watching those guys and understanding that even when they were number one, it seemed like that almost fuelled them to want to work even harder, which you don’t necessarily see everywhere across the board in life,” Spieth added.

“I mean, a lot of times you get to the top of where you want to be and it’s just kind of like a deep breath out.

“These guys were just starting their breath. It’s pretty cool.

“Federer just handles himself with complete class. He always has. Everyone I’ve come in contact with is a fan of watching him,” Spieth said of Federer, the winner of 17 Grand Slam titles in a career spanning nearly two decades.

“Djokovic with his fire and just absolute crazy athletic display he’s been showing over the last decade, really,” he added.

Spieth is relishing the opportunity of playing at Riviera this week, a course he has played nearly 30 times over the course of five tournaments in the past, including a college championship game.

“It’s one of my favorites in the entire world. I was out yesterday and it’s just in spectacular shape,” he said.

Last year Spieth narrowly missed out on forcing his way into a playoff on the final Sunday, eventually having to settle for a share of fourth.

Since then Spieth has registered six victories and firmly established himself at the head of an exciting new generation of golfers at the top of the game.

Spieth attributed his success to a general improvement in consistency and experience of delivering the goods in pressure situations.

“I think it’s all gotten a bit more consistent,” he said.

“I think my confidence in my entire game, when pressure comes on, I can now really relate and look back to a lot of key moments where I’ve hit shots in the past when the pressure has been on where I felt like I did what I wanted to do.

“That in its own is kind of priceless experience that I can then get up and do it again … whether it’s driving it or striking an iron shot, that’s definitely improved when the pressure is on.”