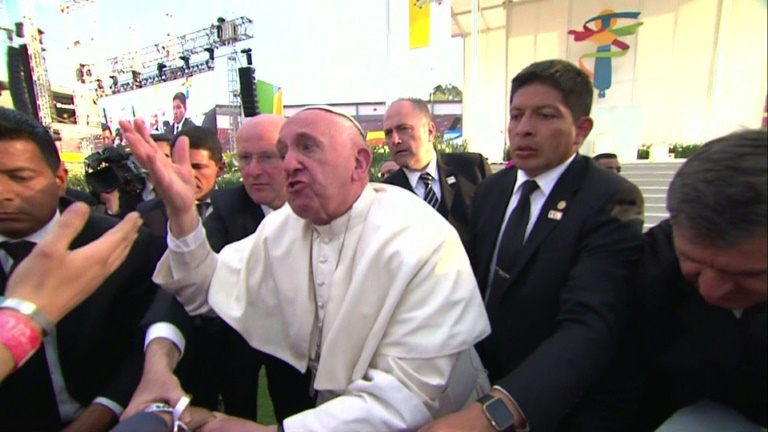 The Vatican defended Pope Francis’s “human reaction” after he briefly lost his temper when an over-enthusiastic admirer in Mexico tugged him over on top of a child in a wheelchair.

The 79-year-old pontiff was greeting worshippers Tuesday in the city of Morelia when a member of the crowd pulled him forward by the hand, causing Francis to fall on top of the wheelchair user.

The pope straightened up with the help of his bodyguards and smiled briefly before his face turned stern and he told an excited admirer: “Don’t be selfish.”

He soon started to smile again and hand out rosaries.

The pope has said in the past that he is prone to anger but that his bad tempers do not last.

Earlier in the celebration, he had warmly embraced two girls with Down’s syndrome who ran towards him on the stage where he had appeared to the crowd.