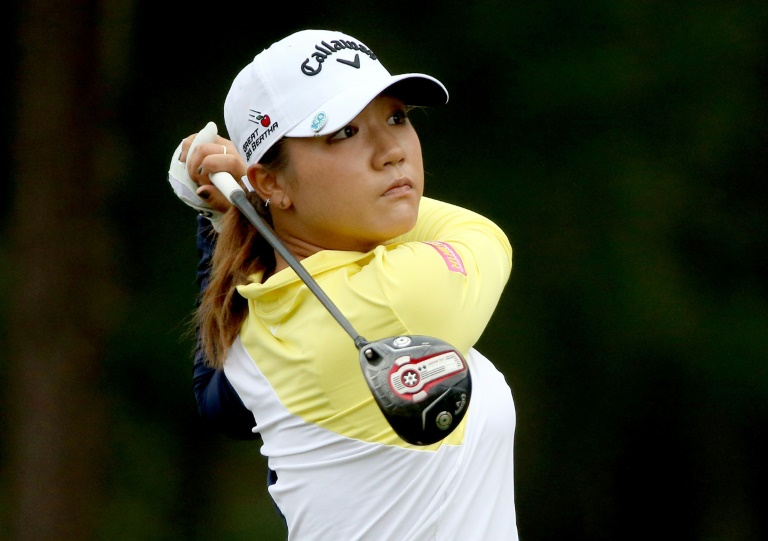 Top-ranked New Zealand teen Lydia Ko makes the first of five title defences on the LPGA Tour this week at the Australian Open after a huge 2015, with in-form South Korean Jang Ha-Na a key threat.

Her class, which has repeatedly shone through, was again on display at her home event but her composure crumbled when lifting the trophy as she burst into tears while thanking her supporters in New Zealand.

She plans to put the emotions aside in Adelaide when she tees off on Thursday against a field that features Jang, who captured her first LPGA title at the Coates Championship in Miami this month.

“I’m hoping it just all goes upwards,” Ko said of what she hopes to achieve in 2016, adding that her rise to stardom had come “much faster than I ever expected”.

“It’s been really exciting. I’ve just got to have fun out there.”

Ko came joint-third in Miami, her first LPGA outing of the year after opting out of the season-opening Bahamas Classic, and knows she will have to be in good touch on the Grange Golf Club course to win the US$1.3 million Australian Open once again.

“The scores are getting lower every time and the girls are playing great golf,” she said.

“I know to compete with the leaders I need to play solid golf myself. It’s a pretty tough course, the greens are firm, the bunkers are in the most perfect places. It’s going to be challenging.”

Ko won in Australia last year by two strokes, holding off a challenge from South Korea’s Amy Yang down the final stretch, kick-starting a season that ended with her being crowned player of the year.

In just her third season on the LPGA Tour, she has already rewritten the record books with 11 wins, becoming the youngest player in history to reach 10 career titles, including her first major at the Evian Championships last year.

The exuberant Jang, whose celebration in Miami went viral when she spectacularly twirled her putter like a samurai sword, is keen for back-to-back victories.

“I like firm greens, firm fairways, strong winds, so there’s no problem this week,” she said.

“The Australian Open is a really big tournament, like the US Open and the Korean Open because they are national championships.”

Park In-Bee and Stacy Lewis, the two players behind Ko on the world rankings, are not teeing off this week, but Australians Karrie Webb, who won the event in 2014, and the talented Minjee Lee could pose a threat.

“Every tournament… I always want to be in contention,” said Lee, 19.

“I have got high expectations on myself to play well, especially at home, because I know these conditions pretty well.”