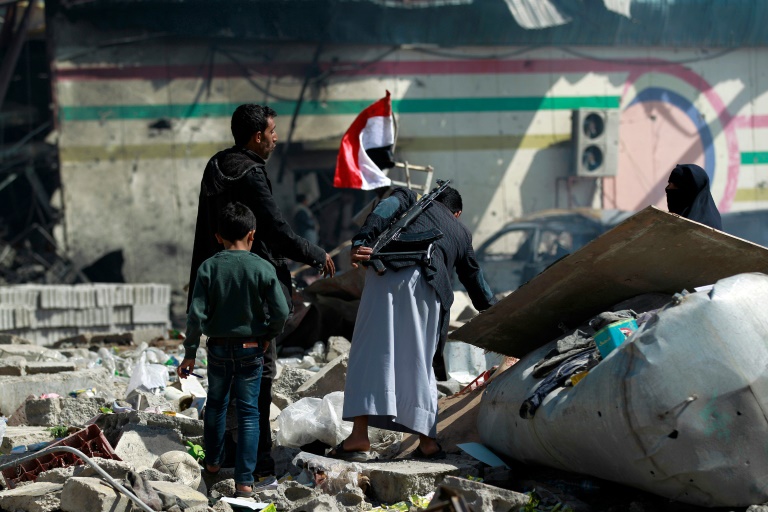 Zarif, whose country supports the regime of Syrian President Bashar al-Assad, was questioned about Saudi Arabia’s announcement that it could deploy ground forces as part of the US-led coalition fighting the Islamic State group.

“Those who are operating in Syria without the authority of the sovereign government in Syria are violating international law,” he told a news conference at the European Parliament in Brussels.

Speaking later after a meeting with his Belgian counterpart Didier Reynders, Zarif added: “We believe that’s dangerous… I believe everybody should put forces together to find a peaceful solution, not to create more danger and more hostility in the region.”

Saudi Foreign Minister Adel al-Jubeir said after talks in Washington earlier this month that any operation would be US-led but that Saudi Arabia would play a leading role.

Iran, which has sent thousands of “military advisers” into Syria, also supports the Damascus regime via the Shiite movement Hezbollah and above all Iraqi Shiite militias.

Zarif told the European Parliament that Tehran does not have troops in Syria.

“Iran does not have boots on the ground in Syria .. we have military advisors in Syria, as we have them in other places on the invitation” of the government, he said.

UN-brokered Syrian peace talks were suspended at the start of February after Syria launched an offensive, backed by intense Russian air bombing, against the northern city of Aleppo.

Zarif criticised the role played in those talks by Saudi Arabia, Tehran’s number one regional rival.

“People from outside cannot say what should be the outcome of the negotiations,” he said.

“The outcome of the negotiations will be determined by the Syrians inside the negotiating room, not in the capitals of the region particularly, in Riyadh. They will not and cannot make the decision for the people in Syria.”

He added: “If we are talking about military forces, we have to stop the bombardment of Yemen, which is taking place on a daily basis against innocent civilians, killing a lot of people.

“There are no military targets to hit any more in Yemen. We need to end the atrocities and we need to end it now,” he said, referring to a conflict which has killed over 6,100 people, nearly half of them civilians, according to the United Nations.