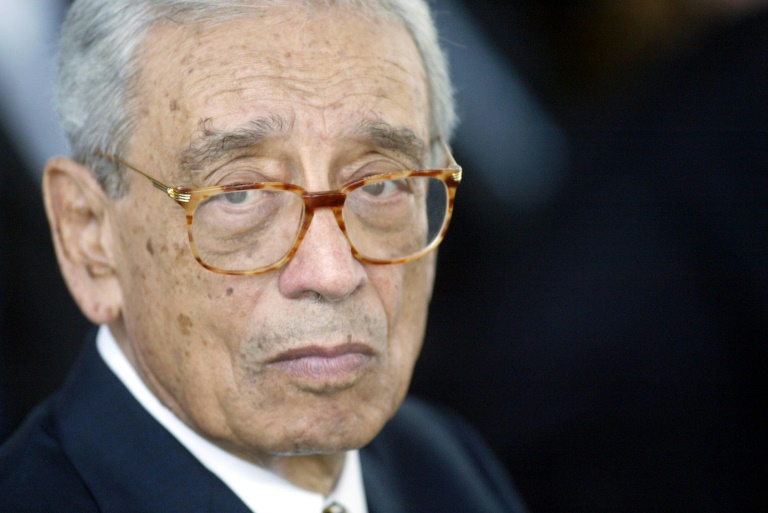 Former UN secretary-general Boutros Boutros-Ghali, who led the world body during one of its most difficult periods, with failed missions in Rwanda and Bosnia, died Thursday in Cairo. He was 93.

The Egyptian diplomat became the first secretary-general from Africa in 1992, but his tenure ended abruptly five years later when the United States vetoed his second term.

“His commitment to the United Nations — its mission and its staff — was unmistakable, and the mark he has left on the organization is indelible,” Ban said.

A former Egyptian foreign minister, the veteran diplomat headed the world body during one of its most difficult times with crises in Somalia, Rwanda, the Middle East and the former Yugoslavia.

After a series of clashes with the US administration, Washington turned against Boutros-Ghali and decided to back Ghanaian Kofi Annan for the top post in late 1996.

French President Francois Hollande paid tribute to Boutros-Ghali, saying this “great Egyptian and great servant of the United Nations” had worked tirelessly to preserve peace and to prevent conflicts worldwide.

“His message must serve as inspiration to the international community’s action at a time when the Middle East knows new tragedies,” Hollande said.

UN Security Council diplomats began a meeting in New York by observing a moment of silence in memory of Boutros-Ghali, who died in a Cairo hospital.

Under his tenure, the United Nations expanded its peacekeeping missions but the retreat from Rwanda ahead of the 1994 genocide and from the Bosnian enclave of Srebrenica a year later were seen as dismal failures.

Relations with the United States began to sour in late 1993, when a US-led operation in Somalia led to major casualties among American troops.

Further problems emerged during peacekeeping operations in the former Yugoslavia, and after the genocidal massacres of 1994 in Rwanda, which the United Nations failed to halt.

There was also friction over UN sanctions against the regime of Saddam Hussein in Iraq, which had invaded and then been ejected from Kuwait a year before Boutros-Ghali took up his post.

Washington’s then ambassador to the United Nations, Madeleine Albright, argued that Boutros-Ghali had failed to enact reforms needed to make the world body more efficient.

When his candidacy for a second term was vetoed, Boutros-Ghali felt that he was being punished for pushing UN member states to pay their membership arrears — an issue on which the United States has long been a laggard — and for condemning Israeli actions in southern Lebanon.

In his tribute, Ban said Boutros-Ghali had “rightly insisted on the independence of his office and of the secretariat as a whole.”

After leaving the United Nations, Boutros-Ghali served as secretary-general of the Francophonie group of French-speaking nations.

Boutros-Ghali was born on November 14, 1922 into a Coptic Christian family in Cairo.

He was educated at Cairo University and in Paris, where he established a lifelong connection with France.

After a university career centered on international relations, including a spell at Columbia University in New York, he became Egypt’s foreign minister in 1977, under president Anwar Sadat.

He accompanied Sadat on his groundbreaking trip to Jerusalem in that year, an event which both forged a peace agreement between Egypt and Israel and led to Sadat’s assassination four years later.