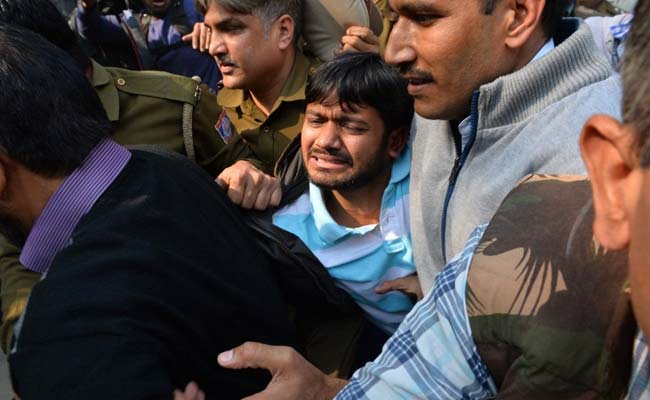 Delhi Police Commissioner B S Bassi has been under fire because of the violence which has taken place in the Patiala House Court in the past few days. Bassi has also denied that JNUSU leader Kanhaiya Kumar was ‘beaten up’ and defended the handling of the situation. He said that use of “heavy force” against lawyers would have been counterproductive and inappropriate.

“I do not think he was beaten up. There was a lot of jostling. We expected to jostle and considering that he was escorted by a requisite number of police officers. He was taken care of by our officers. I do not think you can call the situation (in the court complex) today went out of hand,” he told reporters after the Delhi Police’s handling of the situation at the Patiala House court complex came under intense scrutiny from the Supreme Court in the wake of attack on Kumar and journalists by a group of lawyers.

Bassi also gave examples of violence involving lawyers in Madras High Court, Allahabad High court and elsewhere to buttress his point that lawyers are to be handled carefully.

“We have managed the situation. There was no breach of peace. We have followed norms of prudent policing,” Bassi said.

He said he had no idea as to what the Supreme Court-appointed lawyers have said in their report. “If they find me guilty, then I have a right to rebut.”

Referring to Monday’s violence in which a group of lawyers had attacked journalists, JNU students and teachers, Bassi said three lawyers including V K Chouhan and BJP MLA O P Sharma have been summoned for questioning.

He expressed hope that they will appear before the investigating officer and give their version of the events.