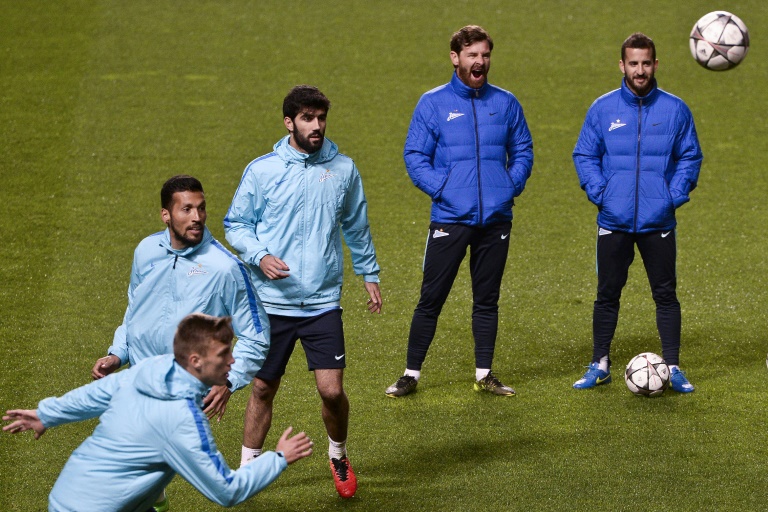 Zenit St Petersburg return from a two-month winter break aiming to continue their recent dominance of Portuguese opponents when they travel to Benfica in the first leg of their Champions League last-16 tie on Tuesday.

Russian champions Zenit cruised into the knockout phase, qualifying with two matches to spare as winners of Group H, with a final day defeat at Gent — their last competitive match before Russia’s long winter break — spoiling an otherwise perfect campaign.

And Andre Villas-Boas’ side, who are aiming to reach the quarter-finals for the first time, return to their coach’s homeland in search of a fourth successive victory on Portuguese soil.

“It will be a tough game. That was a group stage match, now it’s the round of 16,” Witsel told UEFA.com.

“It will be our first competitive game of 2016 so we know it will be tough physically. We need to be ready and remember that there is a second leg in Saint Petersburg.”

Ezequiel Garay spent three years in Lisbon before reuniting with Witsel at Zenit for the start of the 2014-15 campaign, and the Argentina defender is wary of a Benfica side smarting from Friday’s 2-1 defeat at home to bitter rivals FC Porto.

“We are facing a team with very good players. They’re going through a good spell but at the same time we know we have a strong squad,” said Garay.

“It’ll be a very nice tie to play in and we hope to get a good result too.”

Zenit are well off the pace domestically, seven points behind leaders CSKA Moscow with their next league fixture not until early March, but they have become well acclimatised to Portugal, winning the Atlantic Cup friendly competition on the Algarve last week.

Friday’s loss snapped an 11-game winning run for Rui Vitoria’s side and also ended a run of 13 matches without defeat since a 2-1 reverse at home to Atletico Madrid in their final game in Group C.

The Eagles, twice European champions in 1961 and 1962, are vying to reach the last eight of the Champions League for the first time since 2012 when they beat Zenit 4-3 on aggregate at the same stage of this year’s competition.

However, they will have to do without their captain Luisao in defence as he remains sidelined with a broken arm. Fellow centre-back Lisandro Lopez is also a doubt with 21-year-old Swedish defender Victor Lindelof poised to make his Champions League debut.