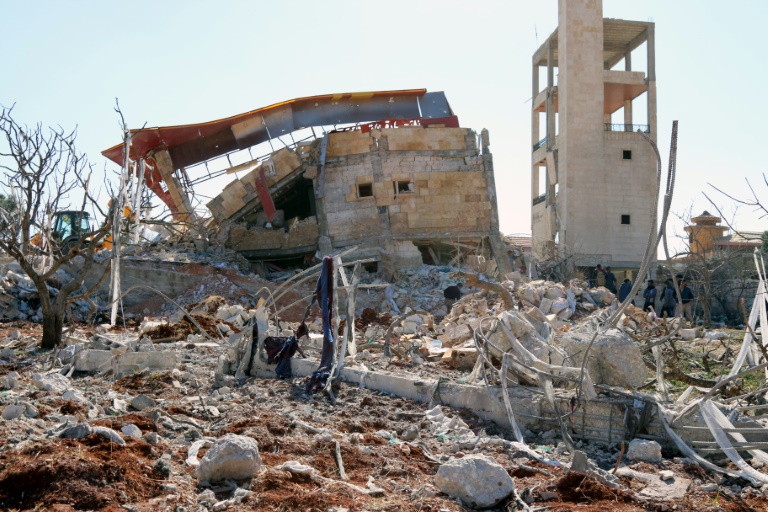 Also ahead of a hoped-for ceasefire, Turkey shelled advancing Kurdish fighters in Syria for a third day, as Ankara and Moscow traded accusations over their military entanglement in the conflict.

The United States said air strikes hit two civilian hospitals in and around northern Syria’s Aleppo, identifying them as one run by medical charity Medecins Sans Frontieres (MSF) and another in the city of Azaz.

“That the (President Bashar al-) Assad regime and its supporters would continue these attacks, without cause and without sufficient regard for international obligations to safeguard innocent lives, flies in the face of the unanimous calls by the ISSG (International Syria Support Group)… to avoid attacks on civilians,” the State Department said.

It said such action “casts doubt on Russia’s willingness and/or ability to help bring to a stop the continued brutality of the Assad regime against its own people”.

The increasing violence on the ground in Syria and war of words between Ankara and Moscow have dampened hopes that a proposed cessation of hostilities will take hold this week.

The UN’s peace envoy for Syria Staffan De Mistura was making a surprise visit to Damascus Monday, a government source there said, as world powers push for a ceasefire.

Without assigning blame, MSF confirmed a hospital supported by the charity was hit in Idlib, northwest Syria, and said seven people were killed and at least eight were missing, presumed dead.

The air strike devastated the hospital, blasting twisted metal, cinderblocks and other debris into the surrounding area.

Ankara accuses the Kurdish forces of ties to the Kurdistan Workers Party (PKK), an outlawed movement that has waged a decades-long insurgency against Turkey.

The Britain-based Syrian Observatory for Human Rights monitor said at least two children were killed in Monday’s shelling, and an AFP journalist on Turkey’s border said Turkish howitzers fired for around 20 minutes from the Akcabaglar region.

Despite the shelling, the coalition of Kurdish and Arab fighters known as the Syrian Democratic Forces (SDF) was advancing inside the key rebel-held town of Tal Rifaat, the Observatory said.

The town, barely 20 kilometres (12 miles) from the border, is held by an alliance of mostly Islamist rebels.

The SDF has already seized the nearby Minnigh airbase from rebel forces and severed the road between Tal Rifaat and the key rebel-held town of Azaz on the border.

Turkey fears the Kurds will be able to create a contiguous Kurdish territory just across the border in northern Syria.

Turkish Prime Minister Ahmet Davutoglu warned Monday that Ankara “will not let Azaz fall” to the SDF, adding “the necessary intervention will be made”.

The situation is a major headache for Washington, which has backed the Kurds in their battles against the Islamic State group despite the discomfort of Turkey, a key member of the US-led coalition fighting IS in Syria.

The MSF-supported hospital in Idlib is one of several health facilities Russia is accused of hitting since its aerial campaign began September 30.

MSF said those confirmed killed in the strikes were five patients, a caretaker and a guard.

“The destruction of the hospital leaves the local population of around 40,000 people without access to medical services in an active zone of conflict,” said its Syria operations chief, Massimiliano Rebaudengo.

The Observatory also reported 10 civilians, including three children, killed in suspected Russian strikes in Azaz and an area nearby. The strikes in Azaz hit near a hospital, it said.

Russia’s air strikes have allowed government troops to press a major operation that has virtually encircled rebels in eastern Aleppo city, as well as pushing them from much of the region to the north.

They have angered Turkey, with Davutoglu on Monday issuing Russia a stark warning.

“If Russia continues behaving like a terrorist organisation and forcing civilians to flee, we will deliver an extremely decisive response,” he said.

Moscow called Turkey’s shelling in Syria “provocative” and said it supported raising the issue at the UN Security Council.

More than 260,000 people have been killed since Syria’s conflict began with anti-government protests in March 2011.