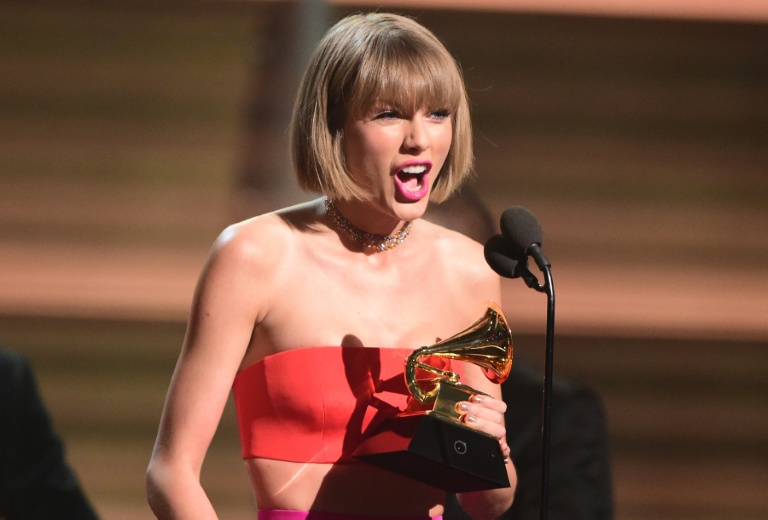 It’s a feud that just won’t die. After Kanye West dissed Taylor Swift in a song by saying that he “made her famous” (among other not so niceties), Swift fired back from the Grammys stage after winning Album of the Year for 1989—but in a classy, most Taylor-like way.

The singer, who did not name Kanye directly in her speech, called out to young girls against those who “will try to undercut your success or take credit for your accomplishments”.

“As the first woman to win album of the year at the Grammys twice, I want to say to all the young women out there: There are going to be people along the way who will try to undercut your success or take credit for your accomplishments or your fame…

“… But if you just focus on the work and you don’t let those people sidetrack you, someday when you get where you are going, you’ll look around and you will know that it was you and the people who love you who put you there and that will be the greatest feeling in the world,” Swift, 26, amid applause from the celebrity audience.

West, 38, and Swift have a history together.

The rapper had infamously jumped to stage during her acceptance speech for Best Female Video win at the 2009 MTV VMAs to say that the award should have gone to Beyonce.

After being slammed for insulting the then upcoming singer, West apologised to her and they became friends only to fall out again.

Their latest enmity is due to the lyrics in West’s song “Famous” where he has used expletives for Swift while claiming that it was he who made her famous.

He had also taken to Twitter to defend his song, saying Swift was lying as she had given him permission to use her name, a fact denied by the “Blank Space” hitmaker.

Swift had not responded to the diss until now.