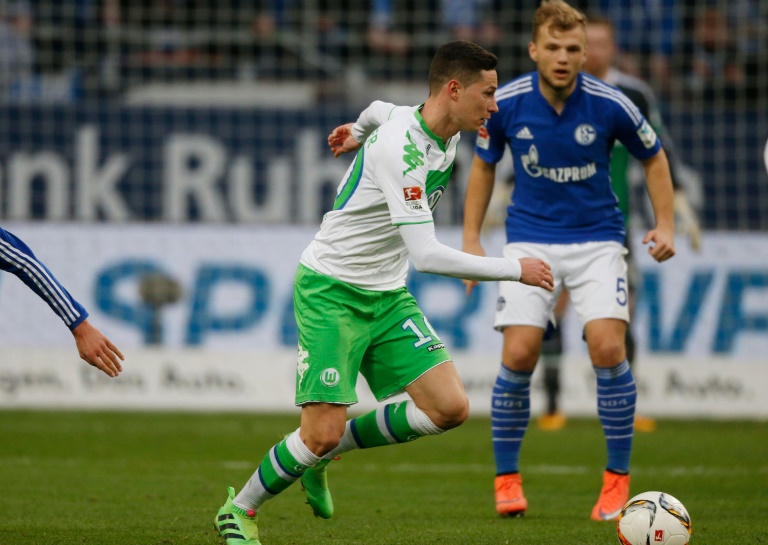 Germany midfielder Draxler ran riot while Brazilian defender Naldo headed two goals to put Wolfsburg in the last 16 of Europe for the first time in the clubâ€™s history.

But since beating United, the Germans failed to win any of their next five games until Draxler scored in Saturday’s 2-0 win over Ingolstadt to stay eighth in the Bundesliga.

The 22-year-old World Cup winner finished the move he started before defender Robin Knoche added the second after the break.

Having been booed in losing at Schalke the week before, Wolfsburg’s victory gave the side much-needed confidence ahead of the trip to Belgium.

“The fans were right to criticise us,” said Draxler, who cost Wolfsburg 35 million euros ($39.4m) from Schalke last August.

“We hadn’t shown for a while what we could do.

“We’ve drawn a line under things now and got the three points we needed.”

But Wolfsburg coach Dieter Hecking has warned his side to expect a much tougher test at Ghent than Ingolstadt provided.

“We mustn’t make so many mistakes,” said Hecking as 124 of his side’s 377 passes went astray last Saturday.

“We need more ball possession to make the opponent chase after us.

“Julian had his moment, he looked dangerous in front of goal, which is why we signed him,” added Hecking.

“But he is also struggling for form.

“What applies to him also goes for the whole team: we can still do better.”

Knoche is expected to start in Ghent at centre-back for Naldo, who is suspended after picking up his third European booking in the win over United.

Ghent’s 1-0 defeat to title rivals Brugge cost them top spot in the Belgian league a week ago to leave them second.

But they warmed-up for Wolfsburg with a 2-0 win over Mouscron-Peruwelz last Friday thanks to goals from Mbark Boussoufa and Danijel Milicevic.

The Swiss midfielder is doubtful with an ankle injury, but Ghent need their top scorer in Europe with Milicevic having scored three goals in their six games.

Naldo expects his team to endure a tough night at the Ghelamco Arena as Gent try to make the quarter-finals fo the Champions League at their first attempt.

“They took out some big teams along the way, like Valencia and Lyon.

“We have to be ready because they will come out fighting to make history in the Champions League.”