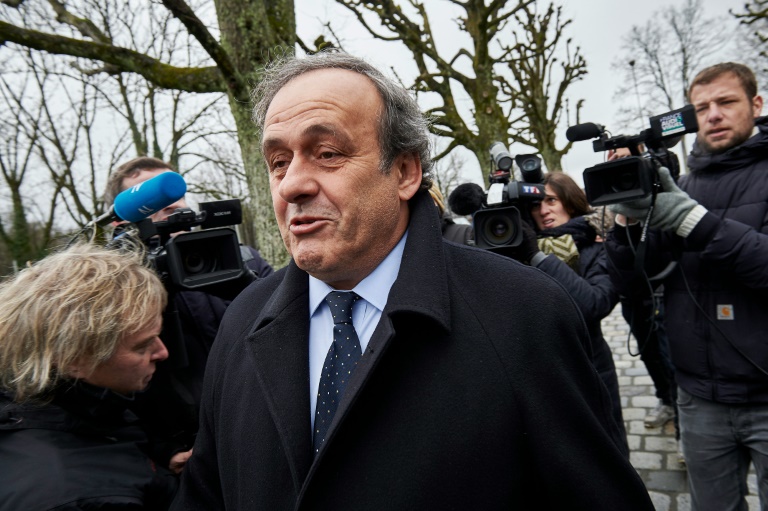 The fallen head of European football, Michel Platini said he was “happy” following his marathon hearing before FIFA’s appeals committee on Monday where he protested against the “injustice” of his eight-year ban from the sport for ethics violations.

Platini’s hearing will be followed on Tuesday by that of suspended FIFA president Sepp Blatter, who was also hit with an eight-year ban.

The former France captain arrived at FIFA’s Zurich headquarters at 10:30 GMT and left eight-and-a-half hours later saying he was “happy with the way it went”.

“It was a good hearing, well led by sincere people. I was heard by people who are part of the football family. Now we’ll see how it goes,” he told journalists.

Platini, accompanied by his lawyer Thibaud D’Ales, presented his two witnesses — Frenchman Jacques Lambert, the president of the Euro-2016 organising committee, and Spaniard Angel Maria Villar Llona, a UEFA vice-president — to prove the existence of the famous oral contract agreed between himself and Blatter.

Both men were banned by FIFA’s ethics committee in December after being found guilty of breaches surrounding a mysterious 2 million Swiss franc ($2 million, 1.8 million euros) payment Platini received from Blatter in 2011.

Both men, once the most powerful figures in world football, have insisted that the payment was part of a legitimate oral contract reportedly for consulting work performed by Platini a decade earlier.

While most football power-brokers typically enter FIFA’s compound in luxury sedans with tinted windows, the 60-year-old Platini walked the final 100 metres (330 feet) to FIFA’s gate, smiling and looking upbeat as reporters peppered him with questions.

“I am not fighting for my future, but against injustice,” Platini said.

“If I had anything to feel guilty about, I would be in Siberia, hiding in shame,” added Platini, also a former FIFA vice president. “I’m very well. There are worse things in life.”

Blatter, FIFA’s disgraced president who turns 80 in March, was also banned over the payment and his appeal hearing is set for Tuesday.

If the appeals panel rules against them, both are expected to take their case the Court of Arbitration for Sport in Lausanne.

The notorious 2011 payment is also part of a criminal probe by Swiss prosecutors targeting Blatter, in which Platini has been questioned in a capacity that falls between a witness and an accused person.

Platini boycotted his December hearing at FIFA’s ethics tribunal, claiming that a judgement against him had been pre-determined.

But on Monday he said he would face the appeals committee “eye-to-eye.”

“I have done nothing and I am afraid of nothing,” he said. “We’ll see what happens… Maybe this is not over.”

Platini had been the favourite to win FIFA’s February 26 presidential vote but the December ruling levelled the final blow to his hopes of succeeding Blatter.

He withdrew from the race, leading the European confederation (UEFA) to back Gianni Infantino, Platini’s long-serving deputy at Europe’s governing body.

But UEFA has said it will not elect a new president until Platini’s appeals have been exhausted, meaning the Frenchman could reclaim his post at the top of European football if his ban is overturned.

Platini and Blatter have been the most high-profile casualties in the unprecedented, wide-ranging scandal that has seen senior football executives suspended or fired, with 39 people indicted for corruption by the United States.

The saga has provoked endless discussion about the complicated relationship between Blatter and Platini, who previously were allies before the relationship turned publicly sour.

Platini on Monday seemed to dismiss suggestions that Blatter was responsible for his troubles.

“Is it Blatter who put me in this situation? Not at all, because he is in the same situation as me, but someone pushed the button (against me) and I will try to find out who,” he said.

Meanwhile, as the two men fight to preserve their football careers, the campaign to replace Blatter is heating up with the vote 11 days away.