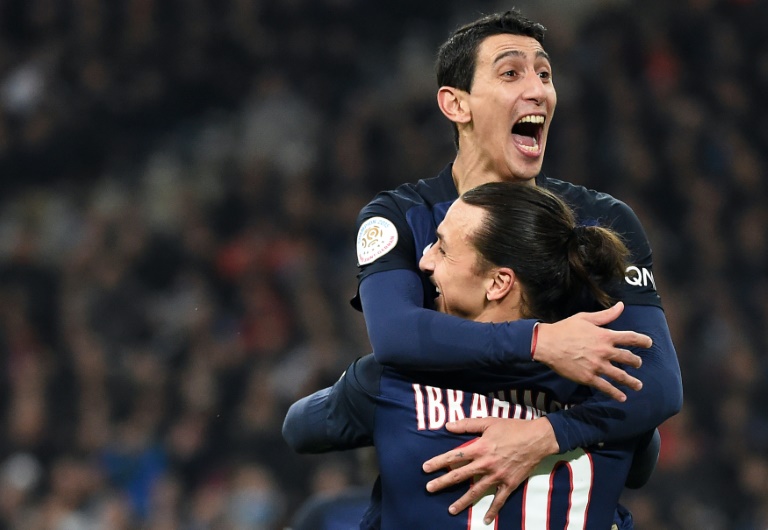 Paris Saint-Germain are enjoying a serene season on the field but their preparations for Tuesday’s Champions League last 16, first leg against Chelsea have been marred by the controversy surrounding defender Serge Aurier.

The Ivory Coast international, 23, has been suspended by the club after posting a video on social media in which he aimed a homophobic slur at coach Laurent Blanc and insulted several team-mates.

“I find it pitiful but we are here to prepare for Chelsea. He has penalised himself,” said Blanc at his pre-game press conference at the Parc des Princes on Monday.

“He should be preparing for a last 16 Champions League tie. That would be better for him than being stuck at home not knowing what to do.”

Aurier’s absence will mean either Gregory van der Wiel or Marquinhos starts at right-back, and Blanc must also decide whether to hand influential midfielder Marco Verratti a first start in a month in what is a huge game for his side.

PSG are in the midst of a record-breaking run of 35 games unbeaten in France’s top flight and have not lost domestically since last March, but Blanc knows he will be judged on what happens in Europe.

Their only defeats in that time have come against Barcelona in last season’s Champions League quarter-finals and away to Real Madrid in this season’s group stage. That shows they still have progress to make to become a genuine contender for European glory.

“Coming into the season with PSG you know that your season will be judged on what you do in the Champions League,” Blanc said.

With a touch of sarcasm, he added: “There’s hardly any point in even playing in the league because apparently you’ve won it before it has even begun.

“Here we are up against a club in the same category as PSG, if not even stronger.

“Chelsea have experience and have won the Champions League so, although we are better equipped now, we are also aware that we are coming up against a difficult team.

“Now we are boxing in a category that we don’t have in our domestic league,” added Blanc, whose side are a huge 24 points clear atop Ligue 1 from second-placed Monaco and destined to win a fourth straight French title.

The teams meet for the third succesive season in the competition with recent history suggesting there is little between them — Chelsea triumphed on away goals in the 2014 quarter-finals but PSG took revenge as they won in the same fashion in the last 16 a year ago.

When December’s draw, with a sense of inevitability, paired the sides together again, PSG appeared the undisputed favourites.

That was as much down to Chelsea’s travails as PSG’s form, but just three days later Jose Mourinho was sacked and the London club have since begun a steady recovery under Guus Hiddink.

They remain in the bottom half of the Premier League but they have gone 12 games unbeaten, including a 5-1 thumping of Newcastle United on Saturday as Diego Costa scored his eighth goal in that time.

“If you see where we are now and where PSG are now, they are building up a very strong team, they are dominating completely the French league,” said Hiddink, the 69-year-old who won the European Cup with PSV Eindhoven back in 1988.

“We had some recovery from December until now but we are also desperate to get into the next round of the Champions League and it’s a very good test for our players. I agree that it’s 50-50.”

Chelsea will be without captain John Terry, who came off injured against Newcastle and did not travel to France due to a hamstring and ligament problem.

With Kurt Zouma out for the season with a knee injury, Hiddink will have to reorganise his back line.

“Not having John is a bit of a setback, as a leader, but I am not the type of coach or manager who starts moaning and moaning. I have full confidence in the other players,” said Hiddink, who will also be without the suspended Nemanja Matic in midfield.