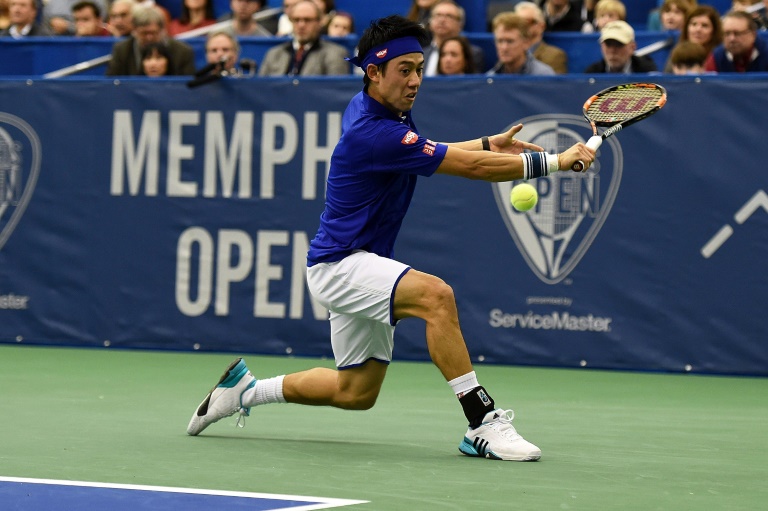 He joins Roger Federer, Novak Djokovic and Rafael Nadal as the only active players to have won the same event four years in a row.

“It has been amazing,” Nishikori said as he accepted the guitar-shaped champion’s trophy. “It was really fun on the court. This is something I’ve never done before, something new. I’m very happy for that.”

Fritz, in only his third tour-level event, was the youngest American in an ATP final since a 17-year-old Michael Chang won at Wembley in 1989.

“It was a great week for me,” Fritz said. “Winning the tournament four times, that’s incredible. He was too tough for me today.”

Fritz smashed a backhand winner down the line to break Nishikori’s first service game of the match — his lone break of the contest — and then held at love himself for a 3-0 edge. But the Asian ace bounced back by winning six of the next seven games.

A double fault cost Fritz a break in the fifth game and he struggled to hold in the seventh, denying Nishikori break points on two aces and a service winner. Nishikori broke in the ninth game on a forehand winner and held at love to claim the first set after 36 minutes.

After starting the week 1-2 in ATP play, Fritz will jump from 145th to 103rd in the world rankings.

“I’m sure he has got a bright future and is going to be among the top players very soon,” Nishikori said of Fritz.