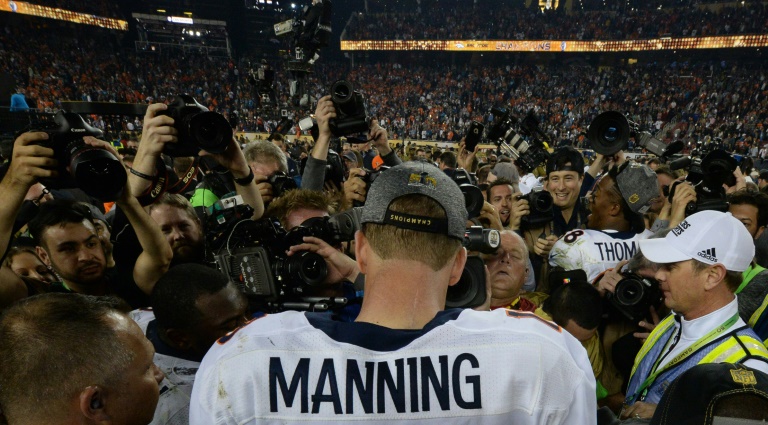 A 20-year-old sex assault accusation against Super Bowl champion quarterback Peyton Manning of the Denver Broncos reportedly was cited by six former female students in a new lawsuit against the University of Tennessee.

The Tennessean newspaper said the alleged incident was among those outlined in a suit filed last Tuesday in Nashville claiming the school has violated regulations requiring equal support for men’s and women’s athletic programs.

The women claim the college’s athletics department has condoned a “hostile sexual environment” since the mid-1990s, citing nearly a dozen instances of former student athletes accused of sexual assault.

One of those, the newspaper said, is an incident involving Manning and a female trainer that had first come to light publically in 2003.

The lawsuit says school policies made students more vulnerable to sexual assault and had a “clearly unreasonable response” after incidents, which caused women making complaints to endure additional harassment. It also claims the school interfered with the disciplinary process to favor male athletes.

The filing was made only two days after Manning won his second NFL crown as the Denver Broncos defeated the Carolina Panthers in Super Bowl 50 at Santa Clara, California.

Manning, the oldest quarterback in Super Bowl history at age 39, is pondering his future after the victory, with many expecting him to retire.

The report details an alleged 1996 incident in which Manning, who then was a star college quarterback at Tennessee, was accused of placing his naked genitals on the face of a female trainer while she was examining him.

Manning has denied the allegations and said he was “mooning” a fellow athlete, Malcolm Saxon.

The trainer, Jamie Naughright, sued Manning at the time and documents from the case showed Saxon refuted Manning’s account. But Naughright’s lawsuit against Manning was settledin 1997 with the agreement that she leave the university.