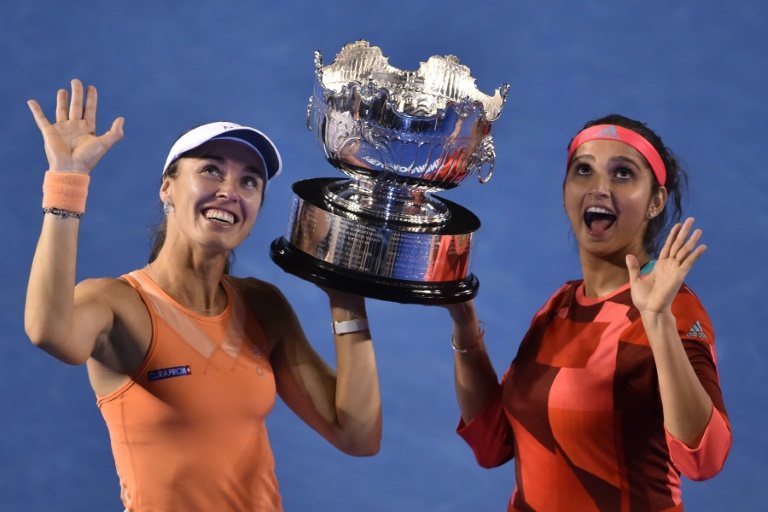 Sania Mirza and Martina Hingis recorded their 40th successive win on Sunday when they captured the St Petersburg women’s doubles title and then set their sights on breaking a record which has stood for over 25 years.

The India and Swiss pair, nicknamed ‘SanTina’, defeated Vera Dushevina and Barbora Krejcikova 6-3, 6-1 in the final.

They are now close to setting the longest winning streak since 1990, when Jana Novotna and Helena Sukova won 44 in a row.

“We’re obviously very happy to win another title but now that we’re coming closer and closer to the next target of 44, we can’t help but think about,” admitted Mirza.

“But it’s not something we really want to think about; we’re really excited ot be at 40. We didn’t think in our wildest dreams that this was going to happen.

“I think I can speak on behalf of both of us that we’re going to play every match on merit and try to get to 44.”

However, the reigning Wimbledon, US Open and Australian Open champions have a long way to go to break the ultimate record of 109 wins in a row, held by Martina Navratilova and Pam Shriver set in 1983.