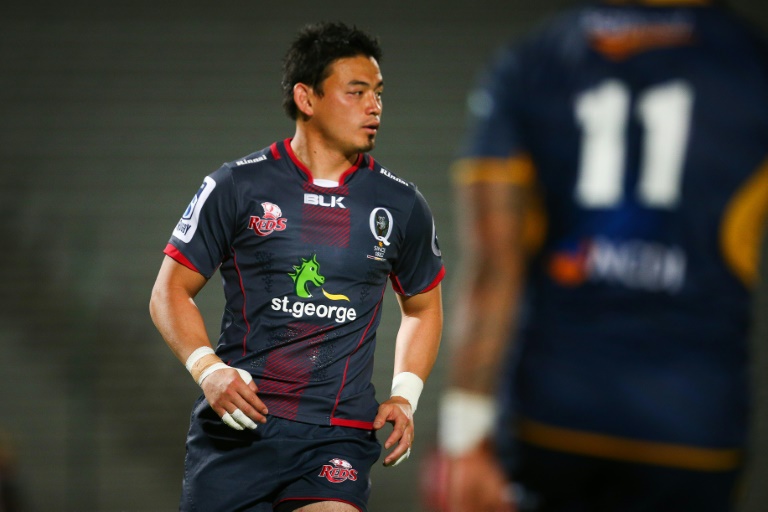 The 29-year-old, who caused a stir in his homeland when opting to join Queensland Reds for the upcoming Super 18 season rather than Japan’s first ever participants the Sunwolves, has signed a one-year deal with the option of a second year, according to Canal Plus.

The full-back has scored 708 points in 56 matches for his country and is their first-choice kicker.

He is set to make his Super 18 debut in just under two weeks’ time.

Goromaru became a star in Japan as the Brave Blossoms stunned the Springboks 34-32 at the World Cup thanks to a last gasp try, with the full-back scoring 24 of their points in the game.

He will provide competition to Leigh Halfpenny for the No.15 shirt at Toulon, with Canal Plus also claiming the Wales international has agreed to extend his stay in the south of France for an extra season — his current contract is due to expire in June, although there is an option for another year.

Goromaru would be the second Japanese international to play for Toulon after Christian Loamanu, the Tonga-born wing who played there from 2009 to 2012 and currently plys his trade at Leicester in England.

Goromaru made his debut for Japan as a 19-year-old but only established himself as a first choice player in 2012 when current England coach Eddie Jones took over.

After Japan’s historic World Cup performance, Goromaru was awarded the ‘Ninja Master’ award in his homeland.

A bronze statue of him was erected in Tokyo and his name was given to a baby giraffe in a Shizuoka zoo.