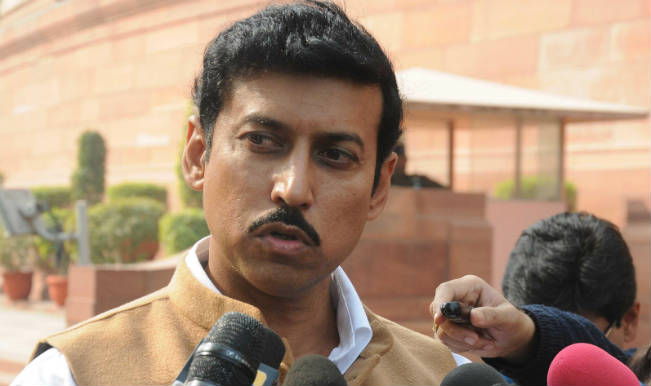 The Union government is planning to set up a centre of excellence for skilling media and entertainment industry professionals and has also decided to fund movies to participate in foreign film festivals.

“Skilling in the entertainment industry is mainly unorganised and we want to create a formal platform for it. We are planning to set up centre for excellence and it will be somewhere near Mumbai,” Union Minister of State for Information and Broadcasting Rajyavardhan Singh Rathore told reporters  at the ‘Make In India Week’.

The government has also decided to provide funds for movies, including Bollywood and regional films, for participating in foreign film festivals, he said, adding the nature of funding has not been decided as yet.

“The funds will also entail promotions of those movies at the festivals,” he said.

Rathore said the government would constitute a new category in the National Film Award, to be given to the state which has facilitated clearances for film shooting in an easy manner.

The Minister observed the media and communication space is expanding which will benefit the youth.

“For this expansion there is a need for content, innovation, technology convergence and policy support from the government,” he said.

To ensure this, the government is planning to expand the reach of private FM channels in the country.

“We are planning to expand the coverage by setting three private FM stations in cities with more than one lakh population and 100 radio stations in those villages where private players don’t want to venture,” he said.