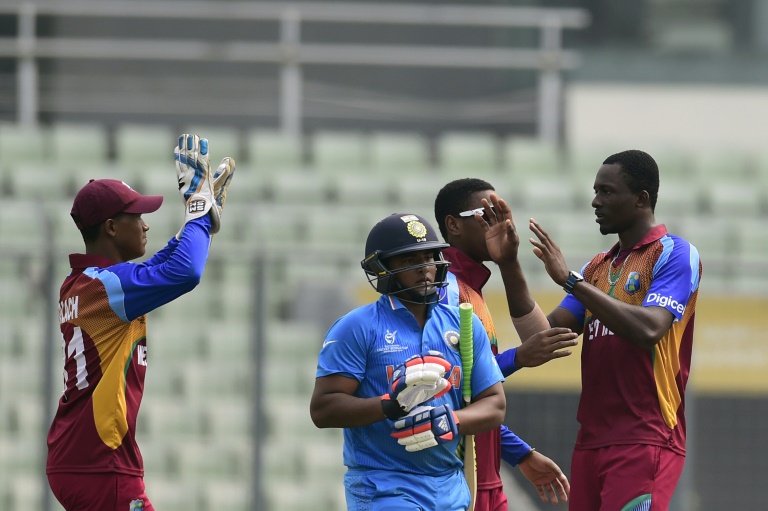 Fired-up paceman Alzarri Joseph grabbed three wickets as the West Indies bowled out three-time champions India for 145 runs in the ICC Under-19 World Cup final in Dhaka on Sunday.

Joseph, who finished with 3 for 39, led the attack for the West Indies after captain Shimron Hetmyer won the toss and elected to bowl first.

Hard-hitting batsman Rishabh Pant was stumped in the first over by wicketkeeper Tevin Imlach, leaving the Indians unsettled early.

Joseph, arguably the fastest bowler in the competition, with deliveries of more than 145kph (90 mph), then forced an edge from Anmolpreet Singh with a vicious short ball, before trapping skipper Ishan Kishan in front, to leave India struggling at 27-3.

Sarfaraz Khan staged a lone crusade for India, notching up 51 off 89 balls, but wickets continued to tumble at the other end, with India all out after only 45.1 overs of their allotted 50.

Medium-pacers Ryan John and Keemo Paul took 3 for 38 and 2 for 17 respectively.

India, playing in their fifth final, are three-time winners of the U19 tournament, while the West Indies, appearing in their second final, are chasing their first title.