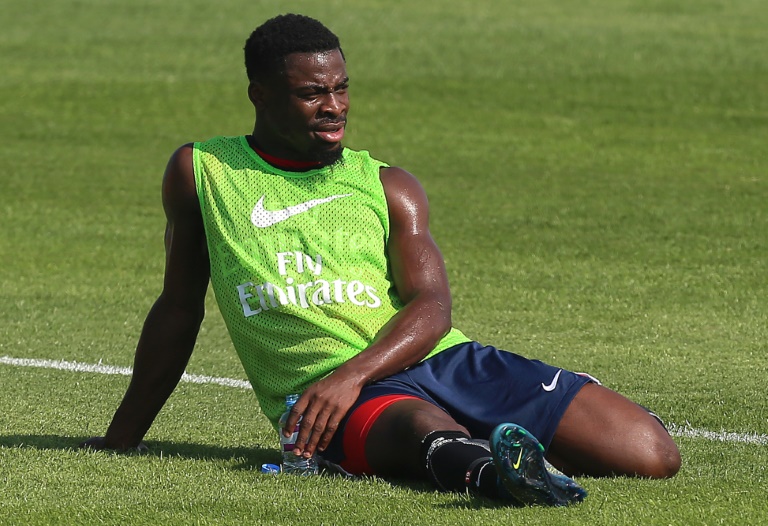 Paris Saint-Germain defender Serge Aurier could find himself in hot water after insulting manager Laurent Blanc and many of his team-mates in a live video he and a friend recorded with the online app Periscope on Saturday night.

The Ivorian at one stage appeared to describe Blanc as a “faggot”, although he was not actually in shot at the time.

The French champions have their most important match of the season on Tuesday with a Champions League last 16, first-leg tie against Chelsea at the Parc des Princes.

Aurier did not turn up for training on Sunday morning, according to TF1 television, making it seemingly more likely that he will be left out for the clash with the London club.

He would have been expected to start that game after being rested for Saturday’s league draw with Lille, before his social media outburst.

There has been no official comment on the matter from the club or from Aurier himself.

The Periscope app allows people to broadcast live videos via their smartphones, which Aurier did as his friend asked him questions posed by fans while smoking a shisha pipe.

The 23-year-old Aurier continued to insult his team-mates in an expletive-filled tirade, including Angel di Maria, whom he called a “clown”.

When asked which PSG goalkeeper, Salvatore Sirigu or Kevin Trapp, was better, Aurier replied simply that Sirigu was “done”.

The right-back has responded that the video was fake and old, but comments on the live feed referencing Valentine’s Day suggest that it was posted on Saturday night.

Canal+ columnist Pierre Menes says he had been in contact with Aurier, tweeting that he is “going to deny the claims and take legal action concerning the falsification of a video”.

Aurier got himself into trouble in a similar manner just under a year ago.

Last season PSG knocked Chelsea out in the last-16 on away goals, despite a controversial red card for Ibrahimovic.

Aurier was then suspended after repeatedly swearing while insulting referee Bjorn Kuipers in a video he posted on social media.