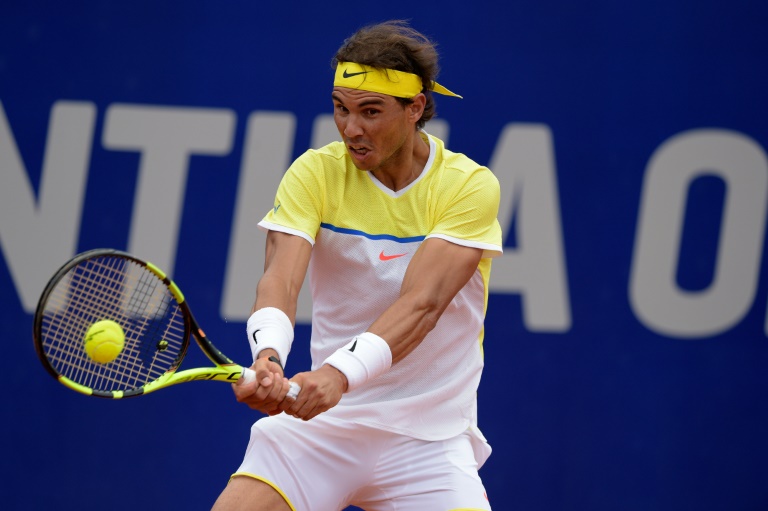 Defending champion Rafael Nadal suffered another setback Saturday when he squandered a match point before losing 6-4, 4-6, 7-6 (7/4) to Austria’s Dominic Thiem in the Argentina Open semi-finals.

Top seed Nadal, playing on his favourite clay surface, finally wilted in the 32-degree heat in Buenos Aires after two hours and 50 minutes on court against Thiem, the world number 19, who goes on to face Nicolas Almagro in Sunday’s final.

“It was a tough match. I had a chance to win and missed it but Thiem played well,” said Nadal, whose claycourt title total remains on 47.

“I’m not worried. I just lacked consistency and need to make fewer unforced errors, but that’s nothing.”

Nadal now heads for Rio next week where he will again be top seed and where he was champion in 2014.

He is expecting similarly gruelling conditions in the Olympic host city.

“I struggled a bit to adapt to the extreme conditions here. I felt more tired than usual. I know that in Rio de Janeiro it’s not going to be better, so I must continue to adapt.”

On Saturday, Nadal, in his first tournament since his shock first round exit at the Australian Open, dropped serve in the ninth game of the opener to allow 22-year-old Thiem to serve out for a one-set lead.

The 29-year-old Spaniard fought off a break point in the seventh game of the second as the big-hitting Thiem, the youngest member of the world top 20, threatened to run away with the contest.

But the 14-time major winner, who won the pair’s only other meeting against at Roland Garros in 2014, made the most of his lifeline to break in the 10th game to level the semi-final.

Thiem, who once trained for his matches by carrying tree trunks on his back to beef up his physique, nipped ahead for 2-0 in the decider.

But back came Nadal to level at 2-2 before Thiem saved a match point in the 10th game.

In the tiebreak, however, it was Thiem who proved the stronger, stretching to a 6/1 lead.

Nadal saved three match points but the fifth-seeded Austrian held his nerve to give himself a shot at a fourth career title on Sunday in what will be his fifth final, all of which have been on clay.

“Bamos defeated Vamos!,” wrote Thiem on his Facebook page. “I cannot believe it! I fought off a match point and managed to gain a win over one of the best clay courters. To beat such a player is insane, I will never forget that moment in my life.”

Almagro, who put out third seeded Jo-Wilfried Tsonga in the quarter-finals, went one better in the semi-finals by defeating second seeded Spanish compatriot David Ferrer 6-4, 7-5.