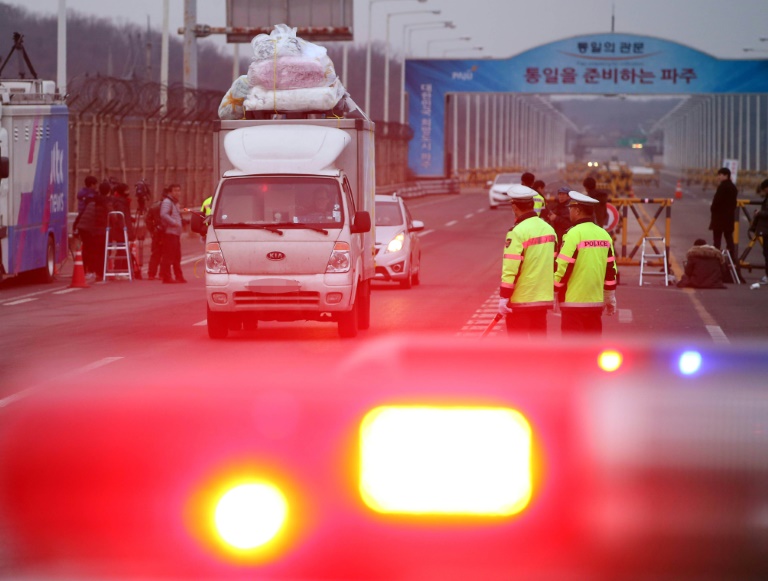 South Korea on Sunday defended its decision to abruptly pull out of an inter-Korean industrial zone, claiming 70 percent of wages for North Korean workers were for years used to fund Pyongyang’s nuclear and missile development.

Seoul on Wednesday announced it would withdraw from the Kaesong industrial complex — where South Korean firms operated factories that employed North Korean workers — to punish Pyongyang for its latest nuclear and missile tests staged in violation of UN resolutions.

“Any foreign currency earned in North Korea is transferred to the Workers’ Party, where the money is used to develop nuclear weapons or missiles, or to purchase luxury goods,” unification minister Hong Yong-Pyo said in a televised interview.

“About 70 percent of the US dollars paid in wages are taken by the government, while the workers are only given tickets to buy food and other essential items, as well as some local currency,” he said.

The zone, which sits 10 kilometres (six miles) north of the tense border, was officially shuttered Thursday after Pyongyang expelled all South Korean managers and placed the complex under military control.

The shock shutdown of the complex — a major symbol of inter-Korean cooperation since its opening in 2004 — sharply escalated tensions and caused massive damage to the 124 Seoul firms operating there.

Seoul firms over the years have paid wages worth $560 million — including $120 million over last year alone — to the North’s state authorities supervising 53,000 workers at the complex.

Seoul was aware of the problem of wages being siphoned off but had maintained the project regardless due to its status as a symbol of inter-Korean cooperation, Hong said.

“But the project continued to siphon off so much money (to the North’s regime) and the concerns we had about the complex remained unsolved,” he added.

The isolated but nuclear-armed North staged its fourth atomic test on January 6 and last Sunday put a satellite into orbit with a rocket launch that most of the wider international community condemned as a disguised ballistic missile test.

Born out of the “sunshine” reconciliation policy of the South’s government in the late 1990s, Kaesong had remained largely immune to turbulent inter-Korean relations.

The only exception was in 2013 during a period of heightened cross-border tensions when Pyongyang effectively shut down the zone for five months by withdrawing its workers.