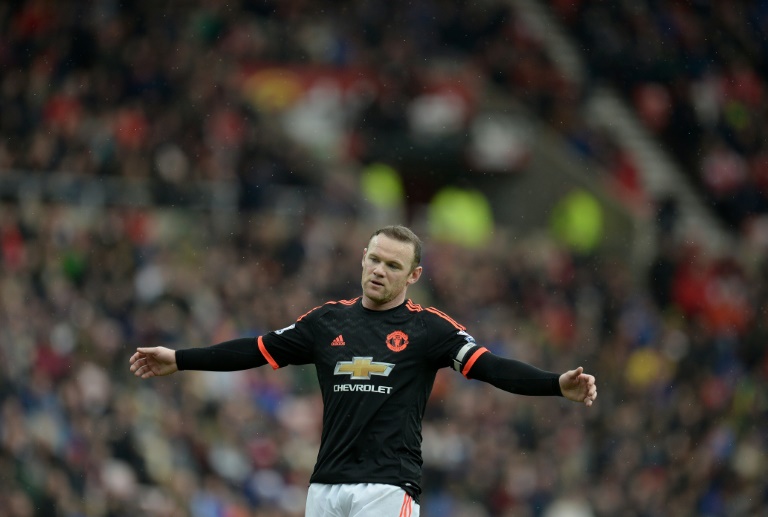 Louis van Gaal conceded that Manchester United may need to win the Europa League to qualify for the Champions League after their 2-1 defeat at Sunderland on Saturday.

Bidding to close the six-point gap separating them from the Champions League places, United fell behind in the third minute when Wahbi Khazri’s free-kick from wide on the Sunderland left crept in.

“It will be very difficult now (to finish in the top four) because we give five points away, Chelsea and now,” Van Gaal said, referencing last weekend’s 1-1 draw at Chelsea. “It’s too much at this time.”

United face Danish side FC Midtjylland in the Europa League last 32 next week and Van Gaal agreed when it was put to him that his side’s best chance of reaching the Champions League is to win the competition.

“After this match, I think that is the best route,” he told BT Sport at the Stadium of Light.

Khazri had set up Jermain Defoe for a late equaliser in Sunderland’s 2-2 draw at Liverpool and he made an early impression on his home debut with a free-kick that eluded everyone to nestle in the bottom-right corner.

United built up a head of steam and equalised in the 39th minute when Martial artfully dinked in his 10th goal of the season after Vito Mannone had parried Juan Mata’s low shot.

But Sunderland regained the lead when the unmarked Lamine Kone met Khazri’s right-wing corner with a powerful header that found the net via Martial’s right foot and De Gea’s right elbow.

The Dutchman has described the story as a media invention and when asked if he felt like the result at Sunderland had put him under more pressure, he replied: “No.”

With fourth-place Manchester City hosting Tottenham Hotspur and leaders Leicester City visiting third-place Arsenal on Sunday, defeat was doubly frustrating for United as they had a chance to close on the top four.

But they held onto fifth place because West Ham United fell just short of a stirring comeback after coming from 2-0 down to draw 2-2 at Norwich City.

Dimitri Payet celebrated his new West Ham contract by scoring and then teeing up Mark Noble for a thumping 76th-minute equaliser after goals from Robbie Brady and Wes Hoolahan appeared to have put Norwich in control.

Stoke are ninth following a 3-1 win at Bournemouth in which record Â£18.3 million ($26.4 million, 24.2 million euros) signing Giannelli Imbula opened the scoring with an instinctive ninth-minute volley from 25 yards.

Ibrahim Afellay and Joselu swelled Stoke’s lead early in the second half before Matt Ritchie hit back.

Everton lost ground on their rivals for European football after a 1-0 defeat at home to West Bromwich Albion, for whom Salomon Rondon chested in a 14th-minute winner.