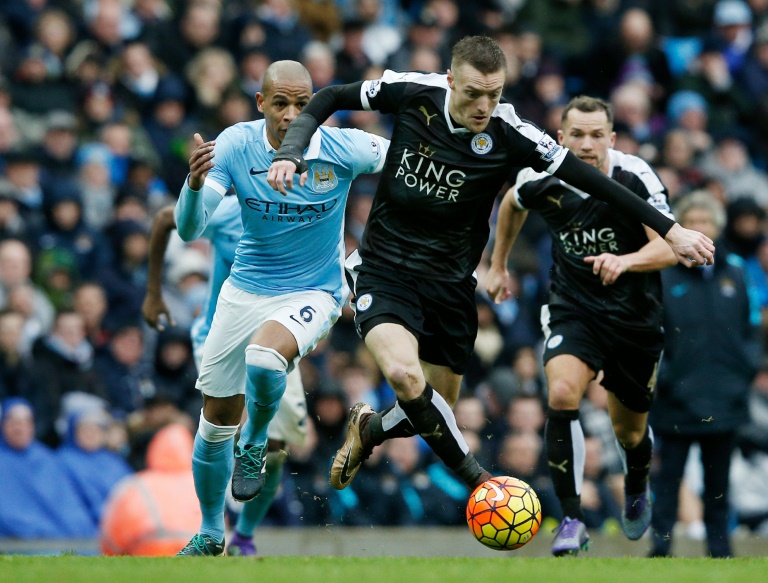 Leicester City manager Claudio Ranieri has scoffed at suggestions that the Premier League leaders are under increased pressure ahead of their trip to title rivals Arsenal on Sunday.

They can put eight points between themselves and third-place Arsenal if they win at the Emirates Stadium and Ranieri says that their new status as front-runners is something to be savoured.

“The pressure is for the other teams, not us,” the Italian, whose club have never finished higher than second in the English top flight, told his pre-match press conference.

“The money and the big gap? We have pressure for our little gap, Arsenal have more pressure because they have spent more money.

“Tell me why I must feel pressure? We are close to continuing to dream with our fans. Nobody wake us up please.”

With City and second-place Tottenham Hotspur guaranteed to take points from each other on Sunday, Ranieri’s side have an extra incentive to claim a first win at Arsenal since September 1973.

It is a mark of how seriously Leicester’s challenge is being taken that both City manager Manuel Pellegrini and his Arsenal counterpart Arsene Wenger have declared them favourites, doubtless in the hope that they will crumble beneath the weight of expectation.

While City and Arsenal continue to compete on multiple fronts, Leicester have only the league to concentrate on, but Wenger is hopeful that the lack of distractions will prove a distraction in itself.

“Time to think can be a disadvantage if you not are thinking in a positive way and the pressure is on,” he said.

“It is true that sometimes the less time you have to wait for the next game, the better it is.

“I believe they are still in a position where they think they have nothing to lose. But once you are top of the league, you can also think about losing what you have.

“That is where the nerves come in a little bit. I do not know how they will respond to that.”

Leicester’s victory at City was a masterclass in the counter-attacking approach that has become their calling card, with Robert Huth’s third-minute opener allowing them to play on the break before adding further goals through Riyad Mahrez and Huth.

It is a formula that has also accounted for Chelsea, Tottenham and Liverpool, but Arsenal avoided falling into the same trap when the teams last met in September as Alexis Sanchez scored three times in a 5-2 win — one of only two league defeats Leicester have suffered this season.

The stakes are higher this time round, however, and having seen his team end a four-game winless run by prevailing 2-0 at Bournemouth, Wenger will be desperate to avoid another setback.

His side sustained no new injuries at Bournemouth, while Danny Welbeck is close to a return following a knee problem.

Faced with the threat of Jamie Vardy’s searing pace, Wenger may persevere with the centre-back pairing of Laurent Koscielny and Gabriel, rather than recall the ponderous Per Mertesacker.

Leicester will be near full strength, although Jeff Schlupp remains sidelined by a hamstring injury and Daniel Amartey is not ready to feature following his January move from FC Copenhagen.

Leicester were bottom of the table when they last visited Arsenal a year ago and with the game falling on Valentine’s Day, Wenger appreciates the romance of their rise.

“Of course it is very romantic and I understand the whole country being behind them,” he said.

But Leicester’s emergence as the new darlings of British sport has had some unwelcome ramifications for their supporters.

Angered by a late decision to change the date of the game for television purposes, their travelling fans are planning to miss the first five minutes of the match in protest.