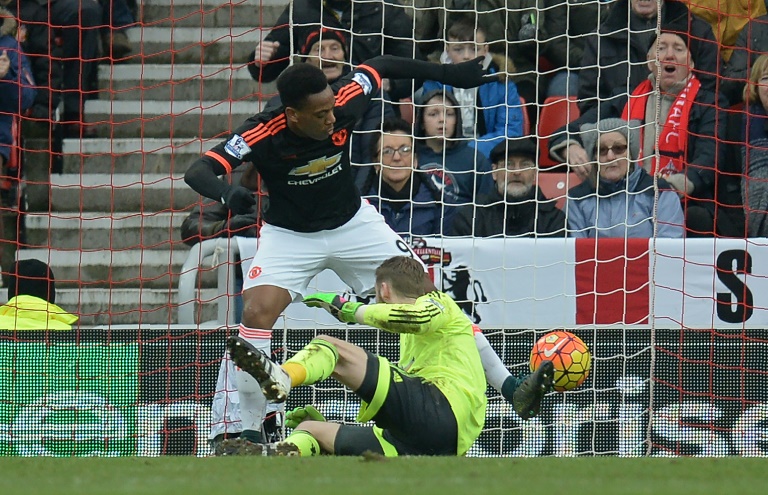 David de Gea’s cruel 82nd-minute own goal condemned Manchester United to a 2-1 defeat at struggling Sunderland on Saturday that compromised their hopes of Champions League qualification.

Bidding to close the six-point gap separating them from fourth-place Manchester City, United fell behind in the third minute when Wahbi Khazri’s free-kick from out on the left eluded everyone and crept in at the far post.

Anthony Martial equalised in the 39th minute, but Sunderland took the points when Martial’s attempt to clear Lamine Kone’s header off the line struck goalkeeper De Gea’s arm and rolled into the net.

It was United’s seventh league defeat of the season and it will only serve to fuel speculation about the position of manager Louis van Gaal, amid reports that the club have approached Jose Mourinho to succeed him.

The result lifted Sunderland to 18th place in the table, still inside the relegation zone but now just a point from safety ahead of the rest of the weekend’s games.