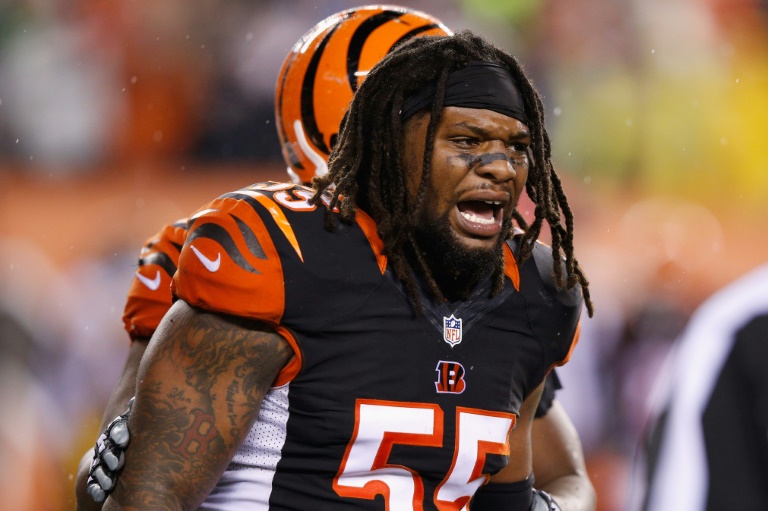 Cincinnati Bengals linebacker Vontaze Burfict’s lost his appeal on Thursday against a three-game suspension for violent play which included an incident that left an opponent concussed.

NFL commissioner Roger Goodell banned Burfict for the Bengals’ first three games next September after his actions in a playoff game last month against Pittsburgh, notably a severe blow to the head of Steelers receiver Antonio Brown that resulted in a concussion.

NFL appeals officer Derrick Brooks, a retired Hall of Fame linebacker for Tampa Bay, upheld the suspension, which will cost Burfict $502,941 as he enters the third season of a four-year contract worth $20 million.

Burfict and Bengals coach Marvin Lewis met with Goodell and NFL executive vice president Troy Vincent after the appeal hearing to discuss Burfict’s pattern of career behavior, his repeat misconducts having contributed to the length of his suspension.

Burfict has committed 16 personal fouls during his five NFL seasons, a number that has Goodell concerned, while Burfict and Lewis were inquiring on what changes the defender can make to avoid further disciplinary issues.

Last season, Burfict was fined $50,000 for a hit on Baltimore Ravens tight end Maxx Williams and $70,000 for three incidents in a regular-season game against Pittsburgh, one that set the stage for the playoff contest in which Brown was injured and left unable to play the following week against the eventual Super Bowl champion Denver Broncos.