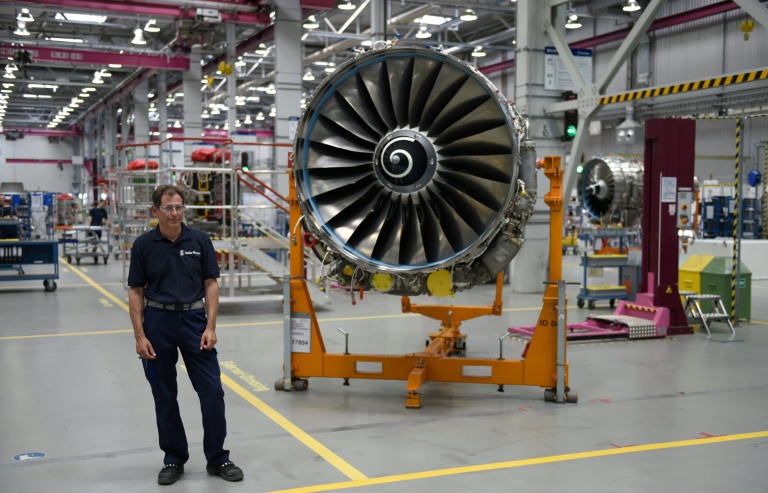 British engine maker Rolls-Royce on Friday cut its shareholder dividend for the first time in almost 25 years and said 2016 would be “challenging”, but its shares nevertheless soared.

The firm, which makes engine systems for aircraft and sea vessels, announced in its annual results statement that it has reduced its full-year dividend to 16.37 pence in 2015, from 23.1 pence for 2014.

That was the first reduction in the group’s shareholder dividend since 1992.

However, Rolls’ share price rallied more than 16 percent as investors were relieved the dividend had not been scrapped, and also welcomed news of a healthy order book.

Roll-Royce has issued six profit warnings over the last two years as slumping oil prices have hit demand for vessels, and embarked upon a radical restructuring last year.

However, underlying profit fell 12 percent at constant exchange rates to Â£1.4 billion, while sales dipped one percent to Â£13.4 billion.

“Our outlook for 2016 is unchanged,” said chief executive Warren East.

“Despite steady market conditions for most of our businesses it will be a challenging year as we start to transition products and sustain investment in civil aerospace and tackle weak offshore markets in marine.”

“Investors breathed a sigh of relief that the group did not issue a further profit warning and that it only cut its dividend whereas many feared it might be scrapped.”

Late last year, Rolls-Royce announced changes to its top management structure, resulting in the departure of its head of aerospace.

The removal of a layer of senior management represented a first step in a company-wide restructuring launched by East after he took the helm in July.

Rolls is looking to make cost savings of Â£150 million-Â£200 million from 2017 under the restructuring plans unveiled in November.