Home Sports Nadal returns with a win in Buenos Aires 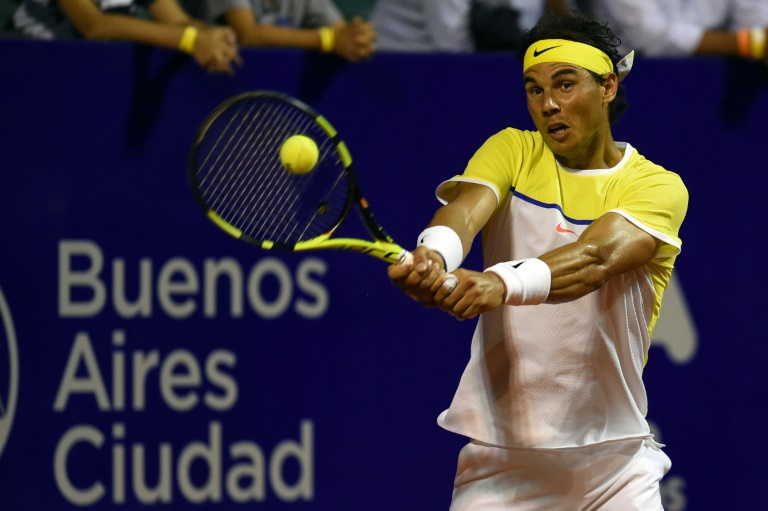 Rafael Nadal returned to action for the first time since his shock first-round exit from the Australian Open with a straight-sets win over Juan Monaco in the ATP Argentina Open.

Defending Buenos Aires champion Nadal wasn’t his sharpest self in the rematch of last year’s final.

He dropped his serve three times but broke Monaco in the final game of each set to emerge with a 6-4, 6-4 victory in one hour and 38 minutes.

But Nadal wasn’t able to build much momentum against him.

Monaco earned the first break of the second set en route to a 3-1 lead, and after breaking back for 3-3, Nadal was in trouble again with two double faults to trail 15-30 in the ninth game.

He held on, sealing the game with a trademark forehand winner down the line to force Monaco to serve to extend the match.

The Buenos Aires clay has proved fertile ground for Nadal in the past, and the 29-year-old world number five, owner of 14 Grand Slam titles, admitted when he sought a wild card for the tournament that he hoped he’d be able to get his 2016 campaign on track here.